They fought for freedom abroad … and at home.

Based on the experiences of the Tuskegee Airmen, Fly is the powerful story of four African-American military pioneers who proved themselves as officers and pilots during World War II.

The play follows these courageous heroes hailing from Chicago, Harlem, rural Iowa and the Caribbean as they train to fly combat aircraft. In spite of the overt racism they encounter, the men form a lasting brotherhood and fly with distinction, paving the way for the desegregation of the American military and the later Civil Rights Movement.

The production inventively combines live action, video footage and the inspirational “Tap Griot,” a dancing storyteller who expresses the anger, fear and triumph that the officers cannot. Co-author Ricardo Khan directs the Washington premiere of this patriotic tribute to the Tuskegee Airmen.

Part of The Lincoln Legacy Project. 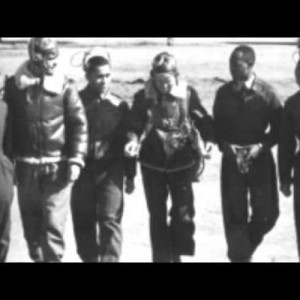 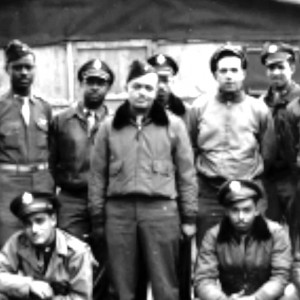 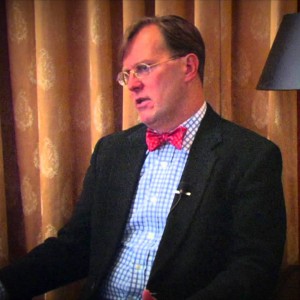 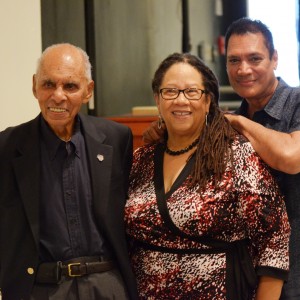 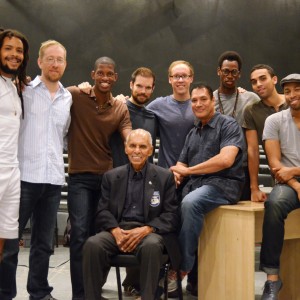 The cast of “Fly” with Dr. Roscoe Brown and Director Ricardo Khan. Photo by Gary Erskine. 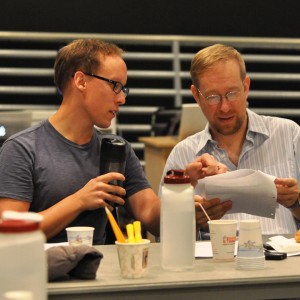