For seven weeks in May and June 1865, the nation’s attention was fixed on the third floor of Washington’s Old Arsenal Penitentiary. There, seven men and one woman were on trial for their lives.

After two days of deliberations, the verdicts came down. For their lesser roles in the Lincoln conspiracy, Arnold, O’Laughlin and Dr. Mudd were condemned to life imprisonment. Spangler, a stagehand at Ford’s Theatre, received a six-year sentence. Atzerodt, Herold, Powell and Mary Surratt were all sentenced to death.

On July 7, 1865, the federal government hanged the ill-fated conspirators.

John Surratt was tried two years later. Captured in Egypt, Surratt was returned to the United States to stand trial. He was brought before a civilian court in 1867. His trial ended in a hung jury, and a second trial had barely begun when he was suddenly released—the statute of limitations for his part in the crime had run out. He later went on a lecture tour, earning money from his infamy. 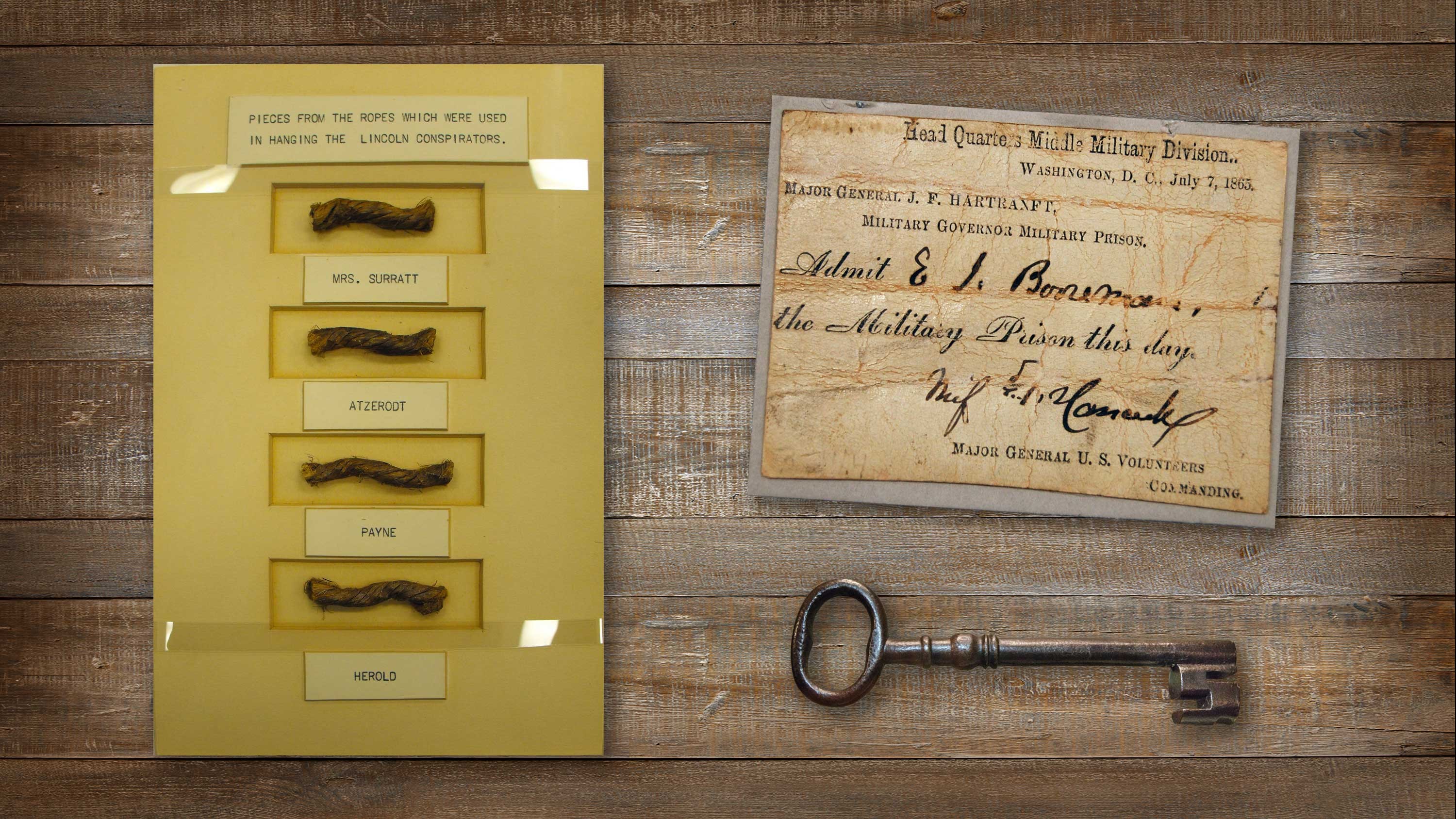 This key was used to imprison Mary Surratt at the Old Arsenal Penitentiary.

This pass allowed its holder to visit the Washington Arsenal, where all eight alleged Lincoln assassination conspirators were imprisoned. It was signed by General Winfield Scott Hancock (pictured), who supervised the imprisonment and eventual execution of the conspirators.

This length of rope is believed to be taken from the nooses around the neck of conspirator Mary Surratt after her execution on July 7, 1865.

This length of rope is believed to be taken from the nooses around the neck of conspirator David Herold after his execution on July 7, 1865.

This length of rope is believed to be taken from the nooses around the neck of conspirator Lewis Powell (also known as Lewis Payne) after his execution on July 7, 1865.

This length of rope is believed to be taken from the nooses around the neck of conspirator George Atzerodt after his execution on July 7, 1865.

Discover more about the people who joined Booth in plotting to topple the United States government through violence.