When it was auctioned off at the Sanitary Fair in Philadelphia in 1864, this patriotic quilt may have raised a few hundred dollars. Today the signatures it bears makes it a priceless Who’s Who of Civil War history.

The 56 signatures include luminaries from all walks of public life. Politicians, including Lincoln and his cabinet, appear alongside well-known officers in the Union army and poets, authors and artists.

The U.S. Sanitary Commission hosted sanitation fairs in cities across the country. Volunteers, primarily women eager to do their part to support the war effort, raised nearly $25 million in money and supplies during the war. 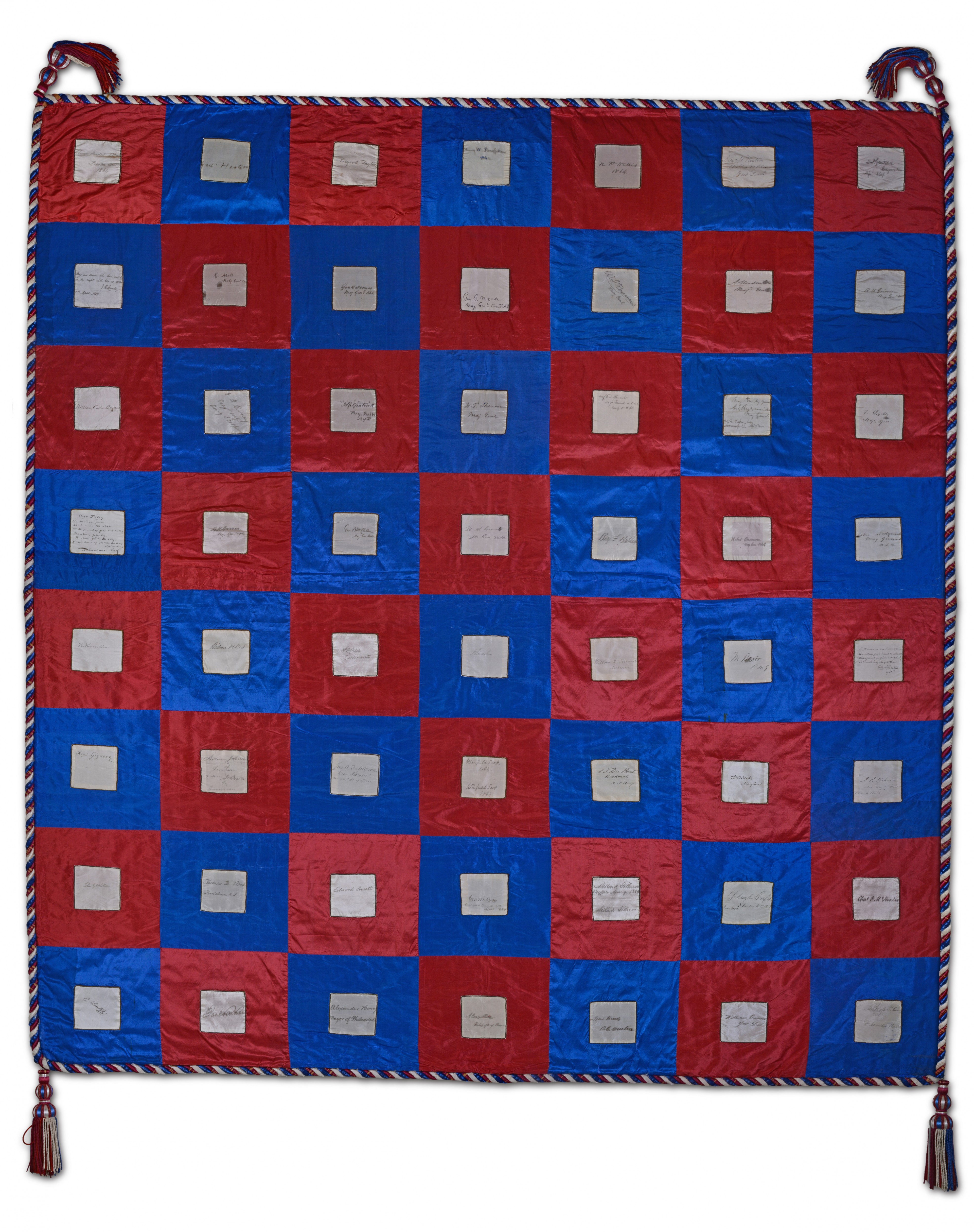 Sedgwick has the dubious distinction of being the highest-ranking Union casualty of the Civil War, in the Battle of Spotsylvania. Legend has it his last words were, “They couldn’t hit an elephant at this distance.”

Edward Everett was a celebrated orator during the Civil War. Today he is best known for giving the two-hour speech that preceded Lincoln’s two-minute Gettysburg Address.

Whittier was one of the Fireside Poets, famous American poets that include Henry Wadsworth Longfellow, Oliver Wendell Holmes, James Russell Lowell, and William Cullen Bryant—all of whom signed the quilt.

John Ross was principal chief of the Cherokee nation from 1827 until his death in 1866. He led his people on the Trail of Tears, when the U.S. Government forced the Cherokee from their homeland in Georgia to Oklahoma.

Fillmore was elected as Zachary Taylor’s vice president in 1849 and, when Taylor died in 1850, Fillmore served as president until 1853. Fillmore was critical of Lincoln's policies, including the Emancipation Proclamation.

A Stitch in Time: Historic Quilt Features Who’s Who of Civil War

Constructed by the U.S. Sanitary Commission volunteers during the Civil War, this remarkable quilt below was auctioned at the Philadelphia Sanitary Fair…

Highlights from the Museum: The Sanitary Commission Quilt

In 1861, the government formed the United States Sanitary Commission, allowing people barred from the front lines to engage in a variety of crucial tasks…

The night of April 14, 1865, forever changed our national history. Together, Ford's Theatre Society and the National Park Service partner to protect the artifacts from that night. Through these objects, we can better understand how that single event transformed our nation. Give to Ford's Theatre to help continue sharing the stories that shaped a nation.