John Wilkes Booth and his group of conspirators planned on killing more than just President Lincoln. George Atzerodt and Lewis Powell were assigned with the assassinations of Vice President Andrew Johnson and Secretary of State William H. Seward, respectively.

George Atzerodt was tasked with the murder of Vice President Andrew Johnson, but could not bring himself to kill. After Lincoln’s assassination, a hotel employee contacted detectives about this “suspicious-looking man.” A search of Atzerodt’s hotel room turned up evidence, including a loaded revolver and a bowie knife. He was arrested five days later.

Although he did not carry out his part in the plot, Atzerodt was still executed.

Unlike Atzerodt, Lewis Powell did intend to kill his target, Secretary of State William H. Seward. Despite Powell’s strength, Seward did not die, but was severely injured. On the night of April 17, 1865, he showed up at Mary Surratt’s boarding house while police were questioning her. Carrying a pickaxe, he claimed he had been hired to dig a ditch. Powell was immediately arrested on suspicion of involvement in the assassination plot.

Along with the other conspirators, Powell was then tried and executed. 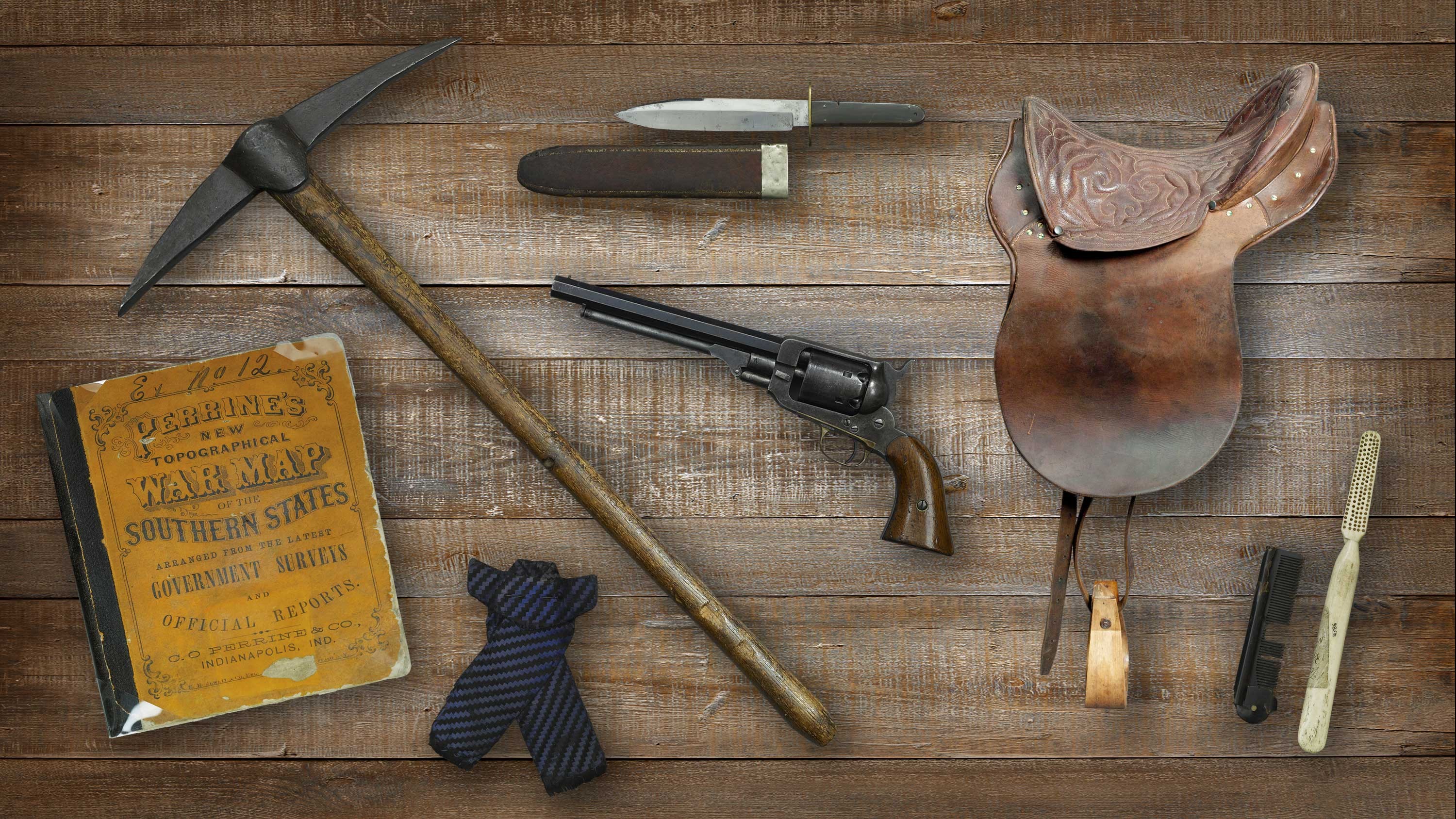 This bowie knife belonged to George Atzerodt and was found in his hotel room after his arrest. Military prosecutors used it as evidence against him in his trial as a sign of his plot to kill Vice President Johnson.

George Atzerodt testified that Lewis Powell always carried this toothbrush with him. Along with other objects found with him. it was used as evidence of his conspiracy during his trial.

This comb belonged to conspirator Lewis Powell and was found in his pocket when he was captured.

This pickax was seized from Lewis Powell the night of his arrest at Mary Surratt’s boarding house.

Lewis Powell used this revolver during his attack on Secretary of State William Seward. It was used as evidence against him in his trial.

This map was found in George Atzerodt’s room after his arrest and presented as evidence of his involvement in the conspiracy.

Booth gave this saddle to Lewis Powell to use in his escape from Seward’s house.

John Wilkes Booth gathered a group of friends to carry out his plan. Lewis Powell and George Atzerodt were not the only ones taking part in his plan. Learn more about the other conspirators and find out their fate.