Dr. Samuel Mudd claimed not to recognize the two men who appeared at his home the morning of April 15, 1865.

On their escape from Washington, John Wilkes Booth and David Herold arrived at Mudd’s home at 4:00 a.m. on April 15, 1865. Mudd used his medical kit to treat Booth’s broken leg and allowed the two men to sleep in his home. He later told investigators that he did not recognize Booth, although they met numerous times before.

Mudd’s medical kit, as well as Booth’s boot and spur found in Mudd’s home, became evidence in the trial of Mudd and seven other conspirators.

The military tribunal convicted Mudd, sentencing him to life in prison at Fort Jefferson in the Dry Tortugas, Florida. Mudd was handcuffed and shackled for the journey there.

In 1867 there was an outbreak of yellow fever at the prison. When the prison doctor died, Mudd took over the position, halting the spread of the disease. 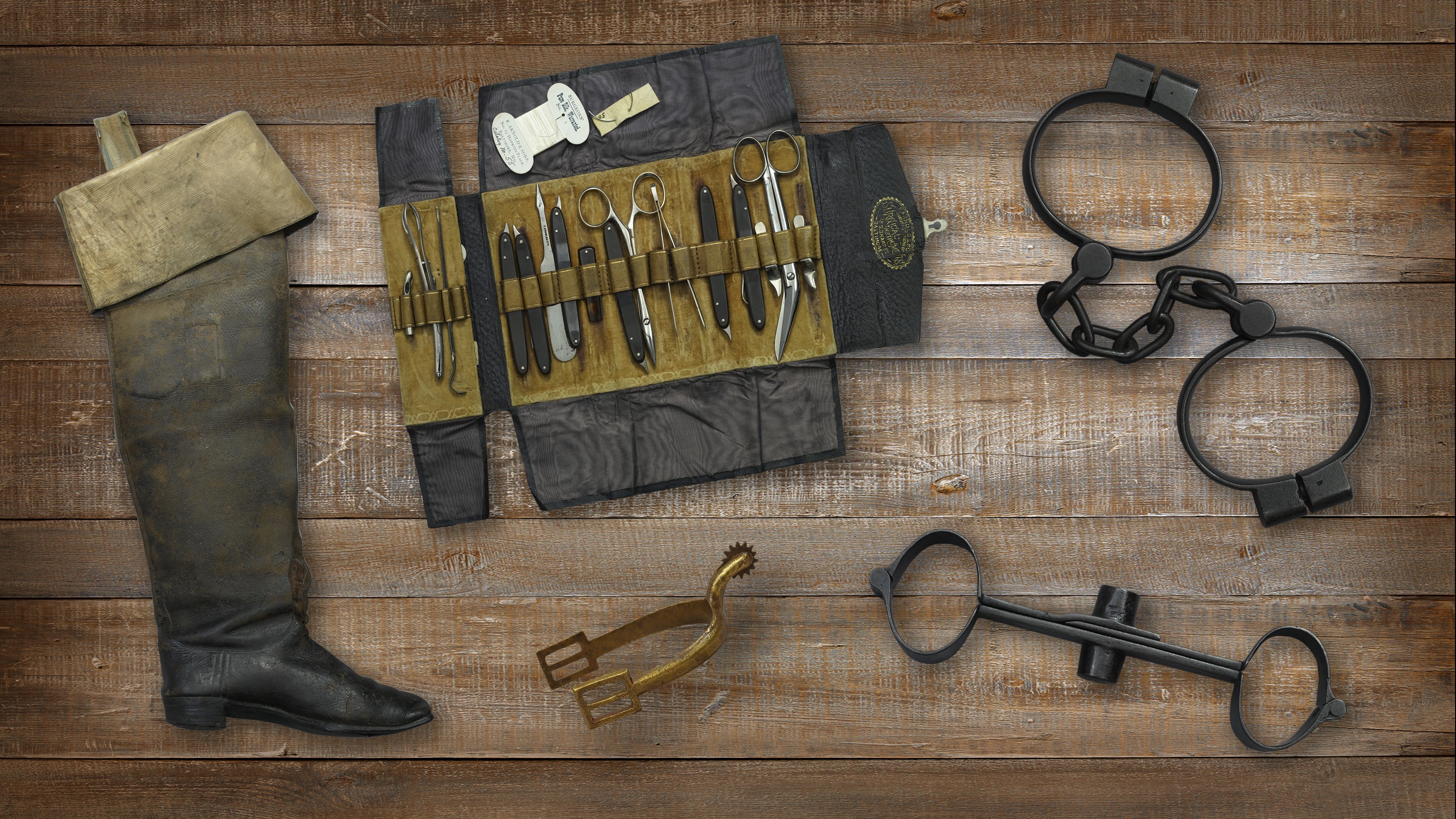 Handcuffs that Mudd wore during transport to Fort Jefferson in the Dry Tortugas, Florida.

This boot was worn by John Wilkes Booth. After jumping onto the stage, he had injured his leg. Dr. Samuel Mudd cut off the boot to treat Booth’s broken leg. U.S. Army soldiers found the boot in Mudd’s home.

After John Wilkes Booth leapt off the balcony of the Presidential Box at Ford’s Theatre, this spur on his boot caught on a hanging flag. He broke his leg on impact as a result.

Shackles worn by Mudd during transport to Fort Jefferson in the Dry Tortugas, Florida.

More About the Conspiracy

Before his trial, Mudd was one of two conspirators held at the Old Capitol Prison. Read more about his stay at the prison and the other conspirators.

John Wilkes Booth gathered a group of friends to carry out his plan. Lewis Powell and George Atzerodt were not the only ones taking part in his plan. Learn more about the other conspirators and find out their fate.