This pillow was one of several used under President Lincoln’s head as he lay dying in the Petersen Boarding House. The doctors did their best to make the unconscious president comfortable. They laid Lincoln, too tall for the bed, diagonally across it. They covered his legs and feet with hot blankets, and cushioned his head with pillows.

The doctors kept Lincoln’s wound open throughout the night, pulling out blood clots to relieve the pressure on his brain.

President Lincoln died at 7:22 a.m. on April 15, 1865. After his body was moved to the White House, Willie Clark, a 23-year-old Union Army clerk, returned home to discover the President had died in his bed.

A few days later, Willie wrote to his sister: “The same mattress on my bed, the same coverlit (sic) covers me nightly that covered him while dying.” 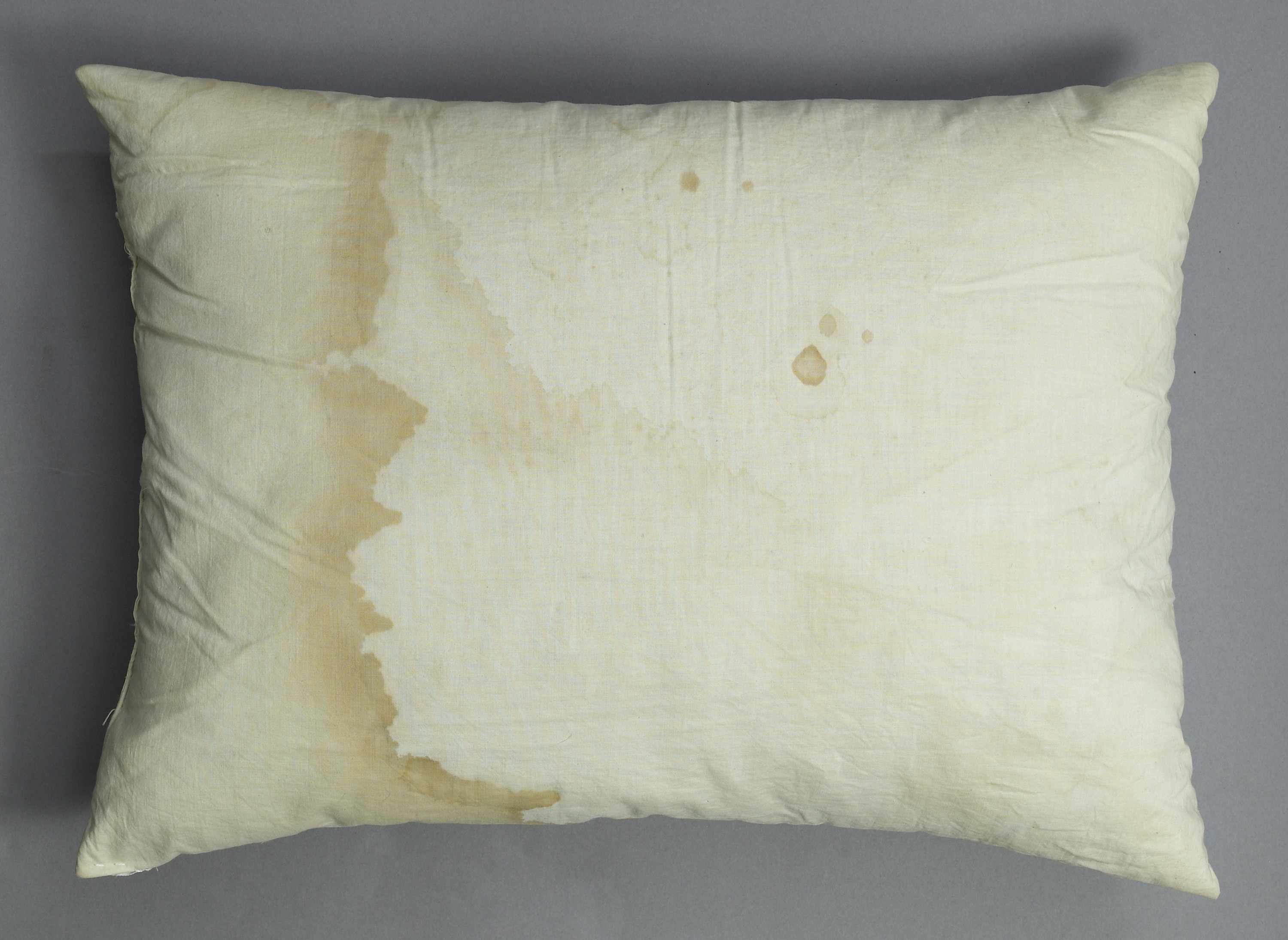