John Wilkes Booth was on the run for 12 days after he shot President Abraham Lincoln.

After he murdered President Abraham Lincoln on April 14, 1865, John Wilkes Booth was nowhere to be found. Where did he go?

Booth’s meticulous planning for his getaway worked, but only for so long. The most wanted man in the United States, with a $100,000 reward on his head, evaded capture for 12 days. Booth escaped out the back door of Ford’s Theatre. He jumped onto a rented horse he had left there and rode frantically out of Washington. Booth made his way into Maryland, where he met up with David Herold. Where did the two go next? How did investigators learn of their whereabouts? Follow their trail below.

As you look at each testimony, consider: 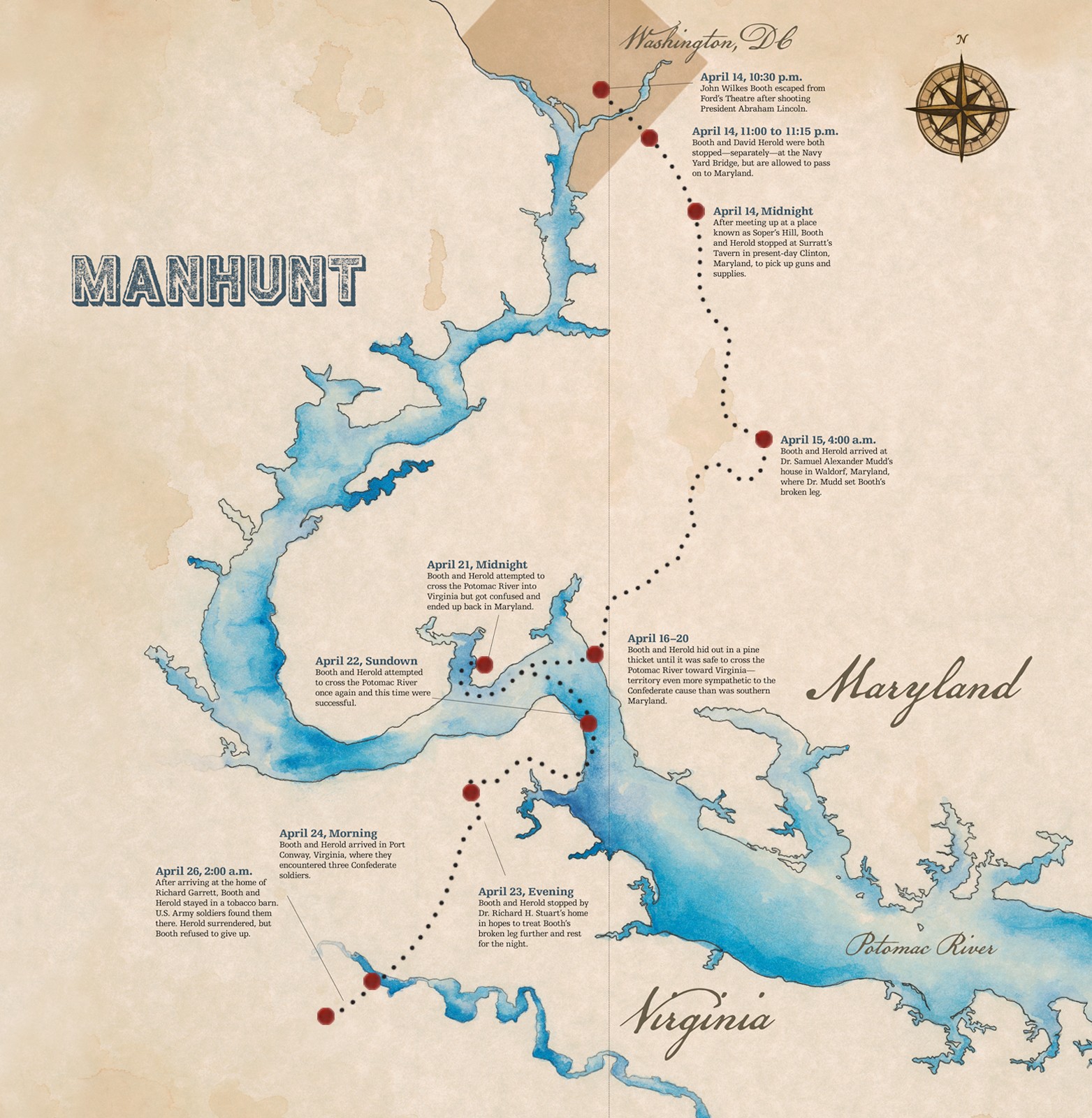 Booth and David Herold were both stopped—separately—at the Navy Yard Bridge, but are allowed to pass on to Maryland.

After meeting up at a place known as Soper’s Hill, Booth and Herold stopped at Surratt’s Tavern in present-day Clinton, Maryland, to pick up guns and supplies.

Booth and Herold hid out in a pine thicket until it was safe to cross the Potomac River toward Virginia—territory even more sympathetic to the Confederacy than was southern Maryland.

Booth and Herold attempted to cross the Potomac River into Virginia but got confused and ended up back in Maryland.

Booth and Herold attempted to cross the Potomac River once again and this time were successful.

Booth and Herold stopped by Dr. Richard H. Stuart’s home in hopes to treat Booth’s broken leg further and rest for the night.

Booth and Herold were now cornered in a barn on Garrett’s Farm. Herold surrendered, but Booth refused to give up.