A Night at Ford’s Theatre

The night of April 14th, 1865, attendees of Ford’s Theatre expected to see a regular performance of “Our American Cousin.” Little did they know that what they would see that night would change the course of American history.

Playbills printed on the April 14 announced President Lincoln’s attendance of Our American Cousin. The theatre was packed and tickets were selling out. The President and Mary Todd invited their friends, Major Henry Rathbone and his  fiancée, Clara Harris.

For all attending, that night was supposed to be a night of relaxation and much-needed happiness.

But after John Wilkes Booth shot Lincoln and yelled, “Sic Semper Tyrannis,” Ford’s Theatre and everything in it became a part of history. Mundane, everyday objects inside the theatre immediately became important historic relics by association. 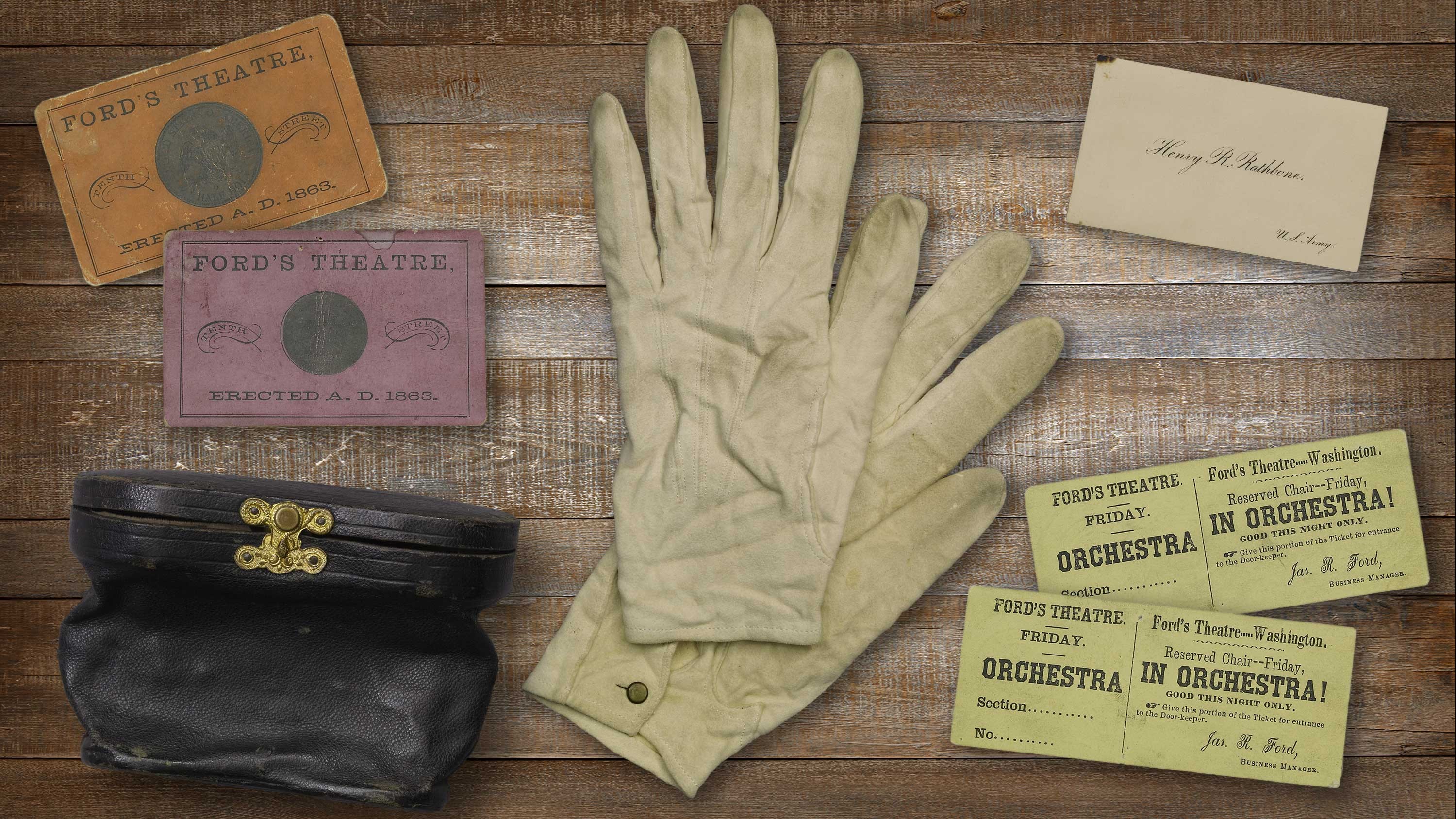 Mary Todd Lincoln might have had a difficult time seeing the production of Our American Cousin from the Presidential Box. She used this case to hold her opera glasses.

Used the night of April 14th, 1865, these colorful tickets gave theatre-goers entry to the comedy, Our American Cousin, making them witnesses to Lincoln’s assassination.

Tickets for reserved seating in the Orchestra—lower section—of Ford's Theatre the night of April 14, 1865.

Rathbone and his fiancée, Clara Harris, attended Our American Cousin at Ford’s Theatre with the Lincolns.

Major Rathbone wore these gloves the night of Lincoln’s assassination.