Who was Detective James McDevitt and what did he Discover about Lincoln's Assassination?

Shortly after President Abraham Lincoln was carried to the Petersen boardinghouse on the night of April 14, 1865, rumors spread about a separate attack on Secretary of State William H. Seward. Uncertainty and fear abounded in Washington. People began to bombard the Metropolitan Police Station with personal testimonies, spouting wild speculation as to the meaning of what they saw and heard. On this night, Detective James A. McDevitt was on duty and one of the first at the Ford’s Theatre crime scene.

You may recognize the name Detective McDevitt as the name of the character that leads the Ford’s Theatre History on Foot walking tours here in D.C. Who was this detective that led a group of detectives to Mary Surratt’s boardinghouse, and who helped discover several of John Wilkes Booth’s main accomplices within four hours of President Lincoln’s assassination? 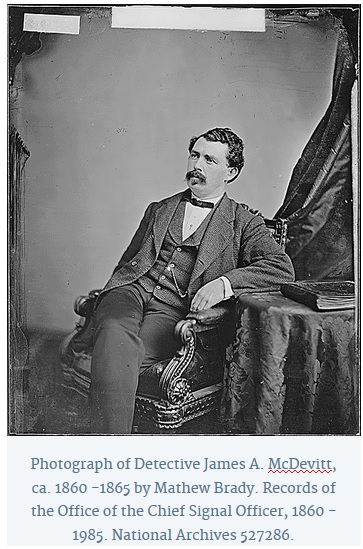 A picture of Detective James A. McDevitt (shown here) was recently discovered by Ford’s staff within the National Archives online catalog. We found it fascinating to see the face of the man who played a role in solving one of the most notorious crimes in America.

According to Richard Hellesen, author of the Ford’s Theatre walking tour Investigation: Detective McDevitt, there is very little known about Detective McDevitt himself. “I have to freely admit that the Detective McDevitt in the tour, while built on the bones of known fact, is largely my creation,” Hellesen said. In order to develop the character, Hellesen consulted sources such as The Assassination of President Lincoln and the Trial of the Conspirators by Benn Pitman, Michael Kaufman’s American Brutus, and also James Swanson’s Manhunt.

Some of the only factual evidence about McDevitt comes from his own testimony in the conspiracy trials. It can be asserted that McDevitt was on duty the night of the assassination and that he was among the group of detectives who interrogated Mary Surratt on her potential involvement in the assassination plot and her son John’s whereabouts. 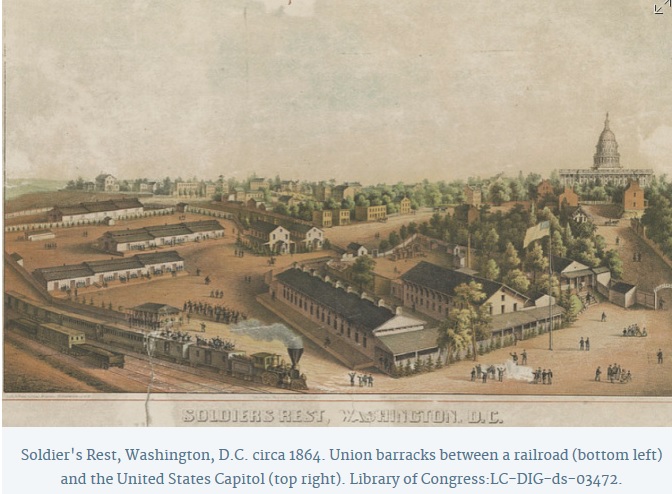 Richard Hellesen explains that Washington, D.C., at the time, was a city at war where law enforcement and military action blended together.

Hellesen explains, “I don’t think anyone was prepared [for a presidential assassination] – but what struck me was how quickly the police, working with the Provost Marshal and Adjutant General’s office, put together not just the fact that it was a conspiracy and not an isolated event, but that they had a solid list of suspects.” 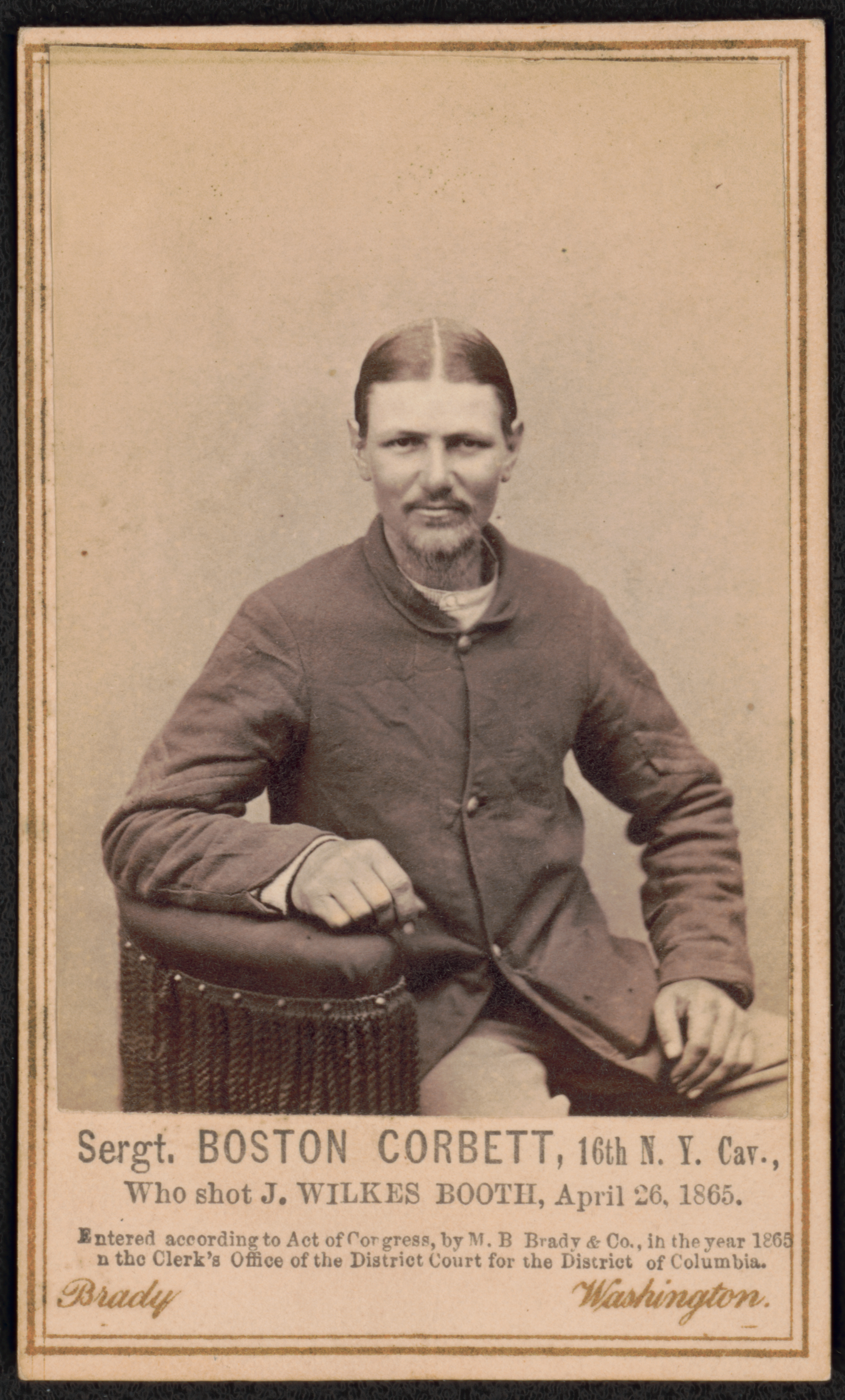 In real life, Detective McDevitt’s main focus was John Surratt. Surratt was confirmed as being a close friend of John Wilkes Booth, a Confederate spy, and potentially a key player in the assassination of President Lincoln.

In a time of chaos and pandemonium, police officers had only witness testimonies and tips to follow. One such lead (mentioned in The Assassination of President Lincoln and the Trial of the Conspirators by Benn Pitman) brought McDevitt to search for John Surratt at his mother Mary’s boardinghouse, a few short blocks from Ford’s Theatre on H Street NW. The boarding house was later discovered as a meeting spot for John Wilkes Booth and his co-conspirators.

To learn more about the police investigation that happened immediately following the assassination, take the interactive walking tour, Investigation: Detective McDevitt, where history comes alive as you walk through downtown Washington, D.C.

Sydney Ouellette is a former marketing and communications intern at Ford's Theatre.