Ford’s Theatre tells a story. During the day, locals and out-of-town visitors come to learn about President Lincoln’s presidency, assassination and legacy. In the evenings, Ford’s Theatre Society presents works chronicling the American experience. The stories presented on our stage can be musical comedies or history plays, but all relate to a narrative about America as a melting pot. The musical Ragtime tells a story set just after the turn of the 20th century, when the United States became known as a melting pot. As we see in the musical, Americans of this era experienced great social upheaval as a new century dawned.

The beginning of the 20th century saw unscrupulous robber barons and corporations create monopolies and consolidate power and wealth in the hands of a few. Meanwhile, families like the Rockefellers and Carnegies used their unfathomable wealth to build many of our still-existing public cultural institutions, including libraries, theatres, museums and universities.

As the U.S. became more prosperous, immigrants swarmed Ellis Island, escaping the increasing instability overseas and seeking their own American Dreams. Between 1900 and 1915, more than 15 million immigrants arrived in the United States. In 1910, 75 percent of New York City’s population was either immigrants or first-generation Americans.

African Americans also migrated northward to cities, where jobs in booming industry were more plentiful, and where they hoped racial attitudes and policies would be more welcoming. New York City was the place where cultures, languages and races collided, seemingly overnight. The musical’s “Prologue” establishes the meshing of these three groups, and the historical backdrop sets itself for the experiences of the characters Mother, Tateh and Coalhouse. Their intersecting narratives illustrate a complicated relationship between cultures and time, and the power of the arts as a vehicle for understanding our past. Ragtime paints a picture of a time less tolerant, an era of extraordinary opportunity for some and of unjust oppression for others.

In the storylines of Tateh and Coalhouse Walker, Jr., we come to understand how immigrants and African Americans faced prejudices, poverty and violence as they sought their own success. You may be challenged by hearing some of the derogatory language the characters in Ragtime express. These words are hateful and harsh to our ears but representative of the time period in which Ragtime is set. They expose the ugliness of racism and discrimination, and remain as controversial today as they were in 1975 when E.L. Doctorow’s novel, Ragtime, was first published. 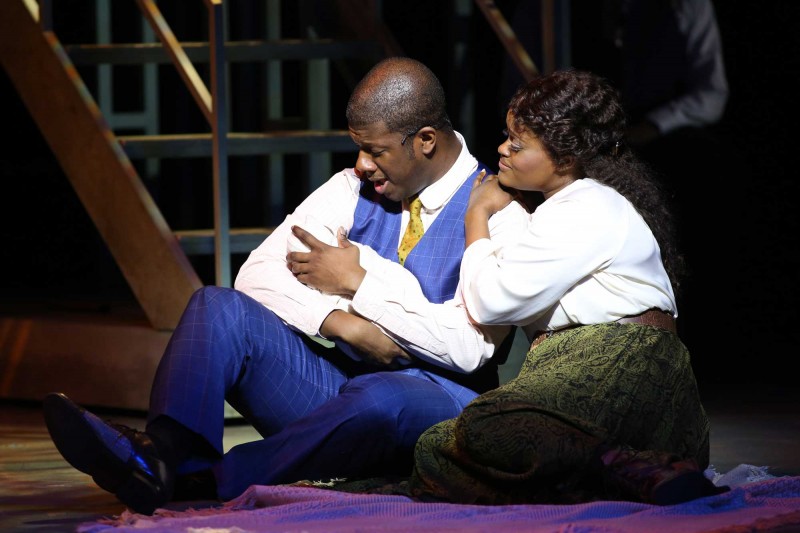 Recently, a New Jersey high school production of Ragtime made headlines for using the musical’s script as it is written. While many supported this, some considered censoring the script’s language to make it more palatable to modern audiences. Ultimately, they left the language intact. While occasionally disturbing, theatre reflects and comments on history and culture in a manner conducive to opening new dialogues, which this decision exemplifies. Abraham Lincoln understood the great promise of America: that each of us has within us the potential for greatness, for kindness, for compassion, for change. His legacy challenges us to tackle complex and thorny subjects, to better communicate through cultural differences, and to accept and bridge the vast cultural, historical and political chasms that inevitably result from being a melting pot. 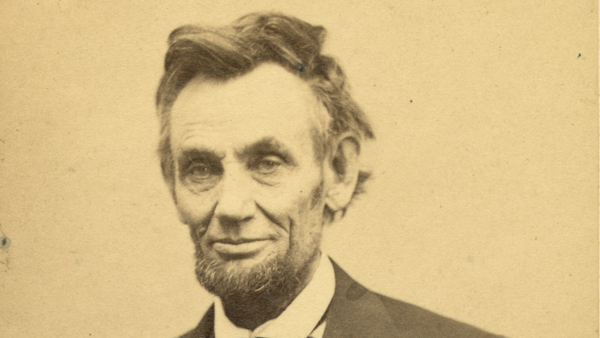 Just as Americans did a century ago, we continue to evolve rapidly today, and the hope of the American Dream lives on. I am reminded of the words Lincoln spoke to soldiers in 1864 in his Address to the 166th Ohio Regiment:

I happen, temporarily, to occupy this big White House. I am a living witness that any one of your children may look to come here as my father’s child has. It is in order that each one of you may have, through this free government which we have enjoyed, an open field, and a fair chance for your industry, enterprise, and intelligence; that you may all have equal privileges in the race of life with all its desirable human aspirations.

Patrick Pearson is Director of Artistic Programming at Ford’s Theatre. This essay also is published in the Ford's Theatre playbill for Ragtime.