The Man Behind “A Christmas Carol”

Each year as we ready ourselves for our annual holiday production of A Christmas Carol, we take a moment to revisit the man who set out to write an informational pamphlet called “An Appeal to the People of England, on behalf of the Poor Man’s Child,” but who ended up feeling that a short story would be more effective in igniting the compassion of his countrymen.

Charles Dickens was born on February 7, 1812, in Portsmouth, a town on the southern coast of England. Dickens’s childhood provided much inspiration for his later writings: When Charles was 12, his father was imprisoned for having too much debt, and Charles was sent to work in a “blacking factory” for three years. For 10 hours a day, Charles would paste labels onto jars of shoe polish. His experiences at the factory were revisited in the horrible treatment undergone by his characters in David Copperfield and Oliver Twist.

Like many writers of his day, Charles Dickens began his writing career as a journalist, reporting the goings-on at Parliament. His access to publishers helped him get his stories into print. Today we know of Dickens’s works as long, complete books, but most of his work was originally published serially. Similar to our modern television series, shorter episodes of Dickens’s books would be published monthly in small booklets, sold for just a shilling each. Each new episode would build interest as readers shared their reactions and wondered together what the next installment would bring.

His first popular series, The Pickwick Papers, ran from April 1836 to November 1837. The success of this project catapulted Dickens’s career as a novelist.

These and the next few years of Dickens’s life were busy ones: He was married to Catherine Hogarth in 1836, and she gave birth to the first of their 10 children early the next year. During this time, he wrote two of his more famous novels, Oliver Twist and Nicholas Nickleby.

Charles Dickens took his first trip to America in 1842. He was not impressed with what he saw; his chronicle of the trip published the following year, American Notes, was critical of many common American practices—he was disgusted by the chewing (and spitting!) of tobacco and horrified by the keeping of slaves. This publication made him unpopular in America for a time. 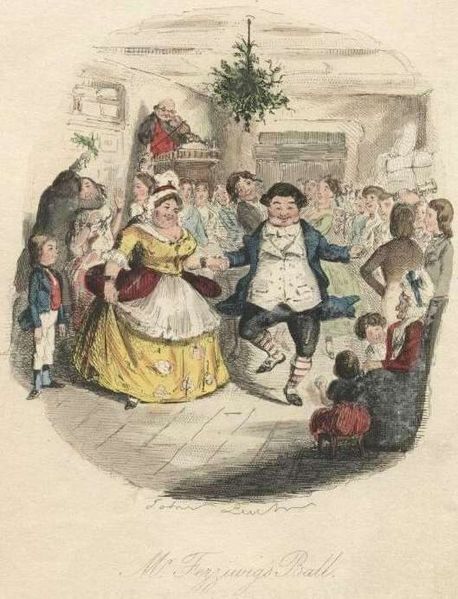 Before Charles Dickens became a celebrated writer, he had aspirations of becoming an actor. In fact, he had an important audition scheduled in the early 1830s, but he fell ill and was unable to attend. Later in his career, his theatrical nature revealed itself again when he began doing public readings of his most famous works. At first Dickens gave these readings for charity, but he began selling tickets for a profit when he realized how popular they were. Always a friend to the working class, Dickens made sure that a certain number of seats were set aside at a lower price for those who could not afford the more expensive tickets. A Christmas Carol was one of his favorites to read, and he spent much time adapting and cutting the text to make it suitable for these events.

A version of this story appeared in a Ford's Theatre study guide for "A Christmas Carol".