You will likely read many tributes about Edward Albee the genius, the three-time Pulitzer Prize winner, and the multiple Tony Award winner. For me, Edward was my colleague and friend, and I was fortunate to get to see sides of him the public often wasn’t privy to. I want to tell you about Edward Albee, the man. 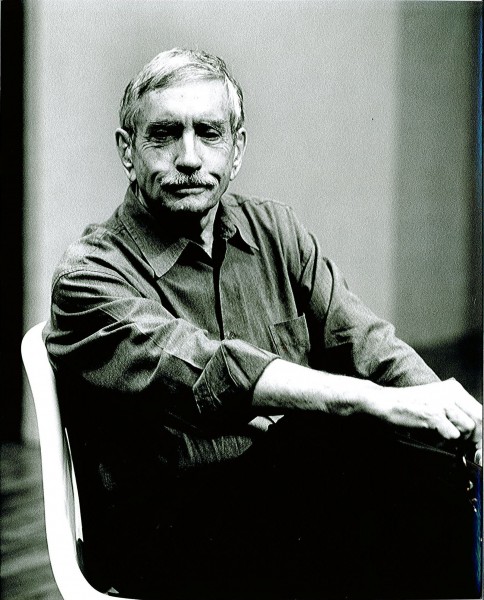 I first met Edward in 1994 when I was a young Managing Director of the Alley Theatre in Houston. I had been on the job no more than six months, and the Alley was producing the first production of Three Tall Women outside New York. Just before the first preview, I discovered the marketing department had not received the proper billing for the play, and the program cover was incorrect. The correct billing of the show was “Edward Albee’s Three Tall Women,” but the Alley program cover read “Three Tall Women by Edward Albee.” I recognized our error and thought, well this is easy – a simple human error – after all, his name is still on the cover and we already printed programs for the entire run. Surely he will be reasonable and understanding and simply let us use these programs throughout the run. HA!

That evening, prior to the first performance, I explained to Edward what happened and the error we made. He looked at me pensively, and when I was finished he simply said, “You can use these for the previews, but I assume you can get them re-printed before the opening?” The opening was five days away. I looked at him as if to say, “You are joking, right?” He just walked away, and then I realized he was not joking. I immediately phoned the marketing director and told him to reprint the programs immediately, and make sure we had them ready for opening night.

And that’s how I survived my first encounter with Mr. Albee. He later explained to me how he had changed the billing of all his plays to include the wording “Edward Albee’s (name of play here)” in every title. His reasoning was that theatres would often mention just the play title in smaller advertisements, and he felt at that point in his career he had earned the right to not have his name dropped.

During his now-famous exile from New York Theatre, Edward chose Houston as a place to hang out. Over the course of my 10 years there, I got to know him quite well, as we produced six of his works: the aforementioned Three Tall Women, The Zoo Story, The American Dream, The Goat or Who is Sylvia?, Who’s Afraid of Virginia Woolf? and the American premiere of The Play About the Baby. 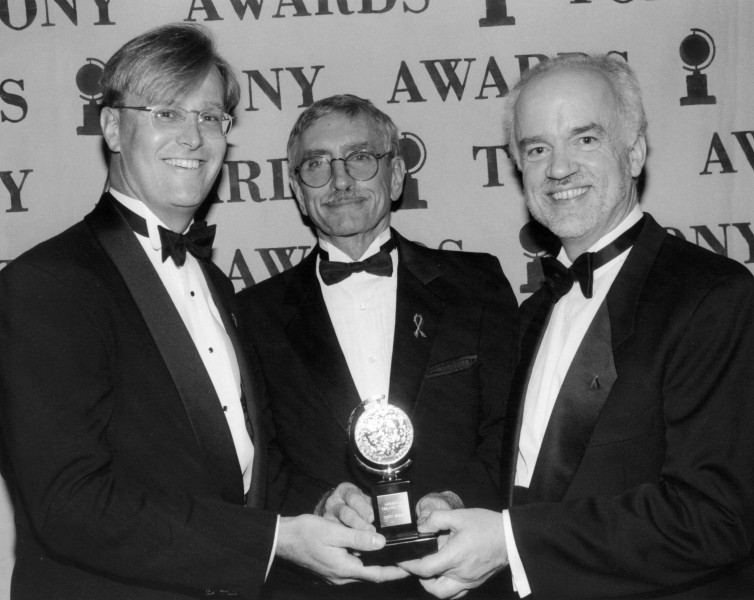 In addition to his work and being an Associate Artist at the Alley Theatre, he also taught a semester-long playwriting course once a year at the University of Houston. This was not some throw-away course where he only showed up once a week and gassed on about being a New York playwright – he insisted in taking only 10-15 students and before anyone was accepted into the class, they must submit a play or draft of a play they wrote – and he read all the submissions himself.

Edward also became engaged in the community. Each semester he would take an apartment in a downtown Houston hi-rise. He would go to the local ASPCA and adopt a few cats, often those no one else wanted – the three-legged cat or the cat with cataracts. He would love the animals for the entire semester he was in Houston, and then when the semester finished, he would have them shipped to his farm in Montauk at the end of Long Island, where they got to live out their days.

He also took great interest in the young local artists and painters, collecting their work, hanging it on his apartment walls, and then shipping it off to his farm. There wasn’t anything Edward wouldn’t do to help a young artist who was starting out or needed some encouragement. He was always the most kind with young people who were trying to catch a break.

While I was at the Alley we would often hold a special auction in conjunction with the annual gala, and in that auction we created special packages which were unique to the theatre. One of those was always a catered dinner at your home with Edward Albee. Each time I asked him if he would graciously agree to do this, his response stayed the same: “If you go with me.” Of course I always said yes, knowing each dinner would be an adventure.

One year a lovely couple with a young son purchased the auction item: “Dinner with Edward Albee (Paul Tetreault, Managing Director, included).” The couple invited three other couples and it was a very elegant dinner party. When we arrived, the parents explained that their son, who was relegated to his room away from the adults, was a huge Albee fan and had read a number of Edward’s plays. Edward insisted on meeting the young man and proceeded to spend as much time with him as he could while I entertained the adults. You see for Edward, giving time to the young aspiring writer and sharing with him words of encouragement was much more interesting than a dinner party with a group of wealthy patrons. 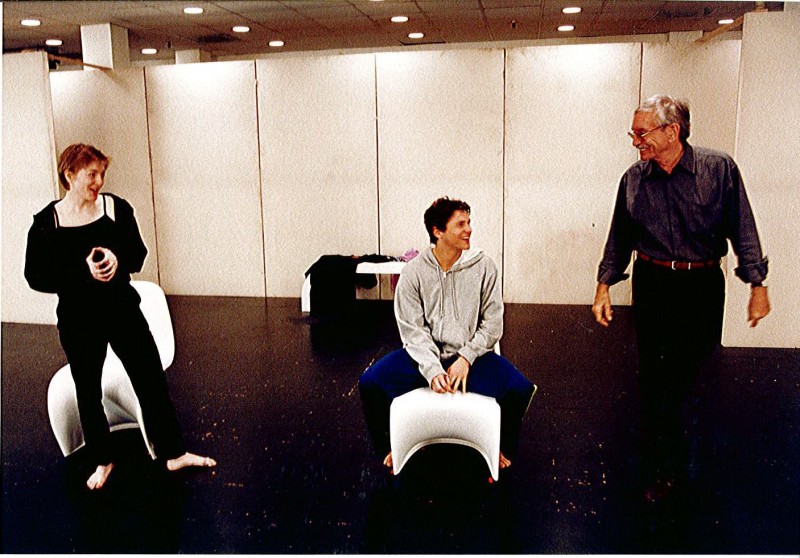 Edward was known to be somewhat gruff, and his dealings with adults and professionals were often tinged with acidity. What most people never saw was the gentle giant underneath that very tough exterior—a man who would spend hours with my partner, himself a first-time playwright, encouraging and critiquing the many drafts of his first plays; a man who created the Edward F. Albee Foundation to help and encourage beginning artists and writers, where the only criteria for help is “talent and need.”

Once during the Alley Theatre’s 50th anniversary celebration, I mentioned to him that he was the second-most produced playwright in the history of the theatre, second only to Shakespeare, which I thought was impressive. Not Miller, not Williams, not O’Neill but Albee! Without missing a beat he snapped back, “Well we will have to fix that, yes?” 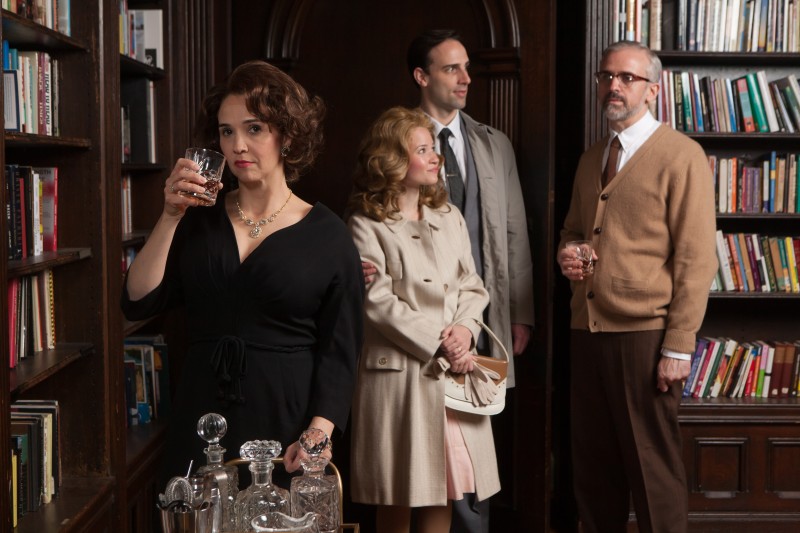 I once asked him who were his favorite living playwrights and he responded Beckett, who had been dead for many years. I repeated, “living,” and he responded, “besides me?”

Yes, Edward Albee was a genius. And since the deaths of Arthur Miller and August Wilson in 2005, it’s easy to argue Albee was America’s greatest living playwright for the last decade. This season all the stars aligned for me to finally produce his Who’s Afraid of Virginia Woolf ? on the Ford’s Theatre stage. This masterpiece, in my opinion, is the greatest play ever written and one of my favorites. Though I am thrilled to produce it, I’m heartbroken that Edward will not have the chance to see it in person.

Edward Albee was my colleague, my friend, and I will miss him, as will the students, the aspiring writers, the artists and all those for whom his brilliant words and wit will live on in memory.

Paul R. Tetreault joined Ford’s Theatre as Director in 2004. During his tenure Ford’s has been recognized for the superior quality of its artistic programming, special events including Ford's 150: Remembering the Lincoln Assassination, and the creation and construction of the Center for Education and Leadership. Tetreault previously worked as managing director of the Alley Theatre, as director of finance at Madison Square Garden, and as a vice president with C.W. Shaver and Company, Inc. He has served as a panelist for the National Endowment for the Arts and has taught and guest lectured at Brooklyn College, Columbia University, New York University, the University of Houston and Rice University.

A version of this remembrance previously appeared in the Houston Chronicle

who's afraid of virginia woolf?