Editor’s Note: The Ford’s Theatre production of "Guys and Dolls" has been rescheduled for spring 2021. On-Sale dates are to be announced.

Cy Feuer, one of Broadway’s legendary producers, came upon the idea for Guys and Dolls following the suggestion of his wife, Posy, who had been reading Damon Runyon’s short stories. Composer and lyricist Frank Loesser recalled, “He said the magic word, ‘Runyon.’ I said, ‘Let’s have a meeting,’ and that was it.” To understand their sojourn into Runyonland and its symphony of discordant gamblers and missionaries, one must go back to the source. 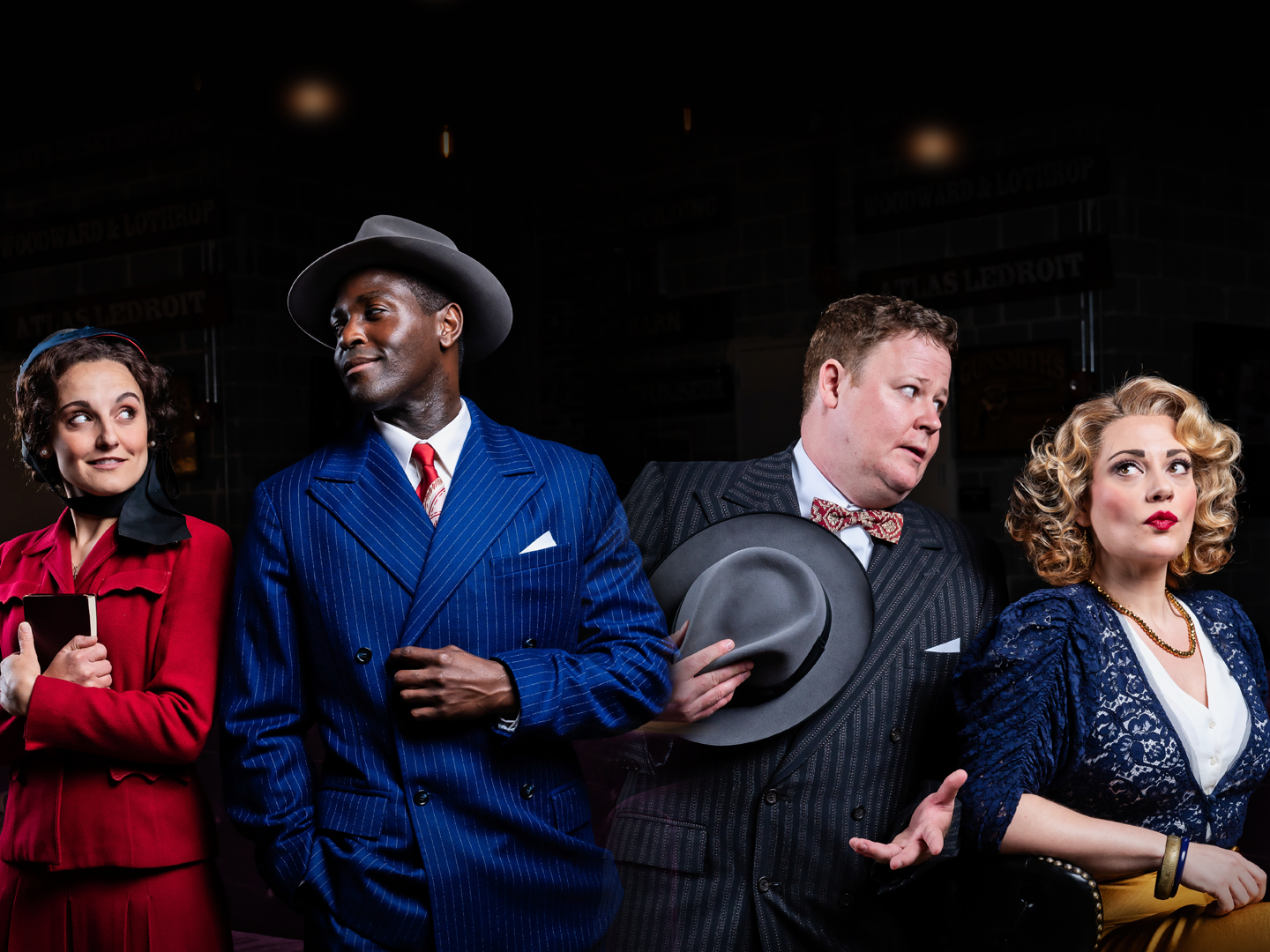 While Damon Runyon started his career as a newspaperman, he became friends with known gangsters, including Frank Costello, Bugsy Siegel and Al Capone. Following friend (and racketeer) Arnold Rothstein’s murder, Runyon used Rothstein’s trial as inspiration to write stories in a perpetual present tense for an immediacy of action. Thus, he found his home in his fictional Runyonland, a place created from his observations of Broadway’s nightlife. In Runyonland, the Broadway restaurant Lindy’s (which he frequented) became “Mindy’s,” an establishment where all walks of life converged—celebrities, chorus girls, drunks, boxers and gangsters—with much of the action taking place between 11:00 p.m. and 5:00 a.m. Runyon told real stories, while simultaneously portraying hustlers as comical fictional characters. One writer described Runyon’s writing style as “putting funny hats on hit men.”

The producers of Guys and Dolls, Feuer and Ernest Martin, took a special interest in the unique speech that had been created for these characters, Runyonese, a slang that combined what Runyon had heard and words he made up. In the musical’s development, the language (and music) came first and the plot was filled in later—Loesser’s musical numbers captured Runyon’s essence, weaving Runyonese effortlessly into the lyrics. The producers loved Loesser’s score, but there was still no plot to tie the music together.

Writer Jo Swerling took an initial, failed crack at the story before radiocomedian Abe Burrows rewrote the book off the sound Loesser had established. Burrows extrapolated the main storyline from The Idyll of Miss Sarah Brown. Guys and Dolls also uses elements from Runyon’s Blood Pressure and Pick the Winner, which feature recurring characters such as Nathan Detroit and Harry the Horse. Interesting enough, the final product became something inherently reflective of Runyon’s work, as Feuer observed, “And to this day, no one has ever said to us, `Why do you open the show about horse players and then never see them again, and switch over to crapshooters?’ It was an unreal real show. That’s what made it different. An unreal show based upon tough reality.”

Guys and Dolls debuted on Broadway in 1950 and became a massive hit with 1,200 performances. A 1955 film adaptation starring Frank Sinatra, Marlon Brando, Jean Simmons and Vivian Blaine expanded the show’s popularity. Since then, Guys and Dolls has been revived on Broadway several times, including a 1976 production featuring an African American cast and a 1992 production starring Nathan Lane as Nathan Detroit. Damon Runyon’s writing exposed the raucous underside of New York City and Frank Loesser’s composition turned Runyon’s stories into a classic musical. Guys and Dolls continues to be one of the most produced musicals in history.