Meet the Creators: Musical “Come From Away” 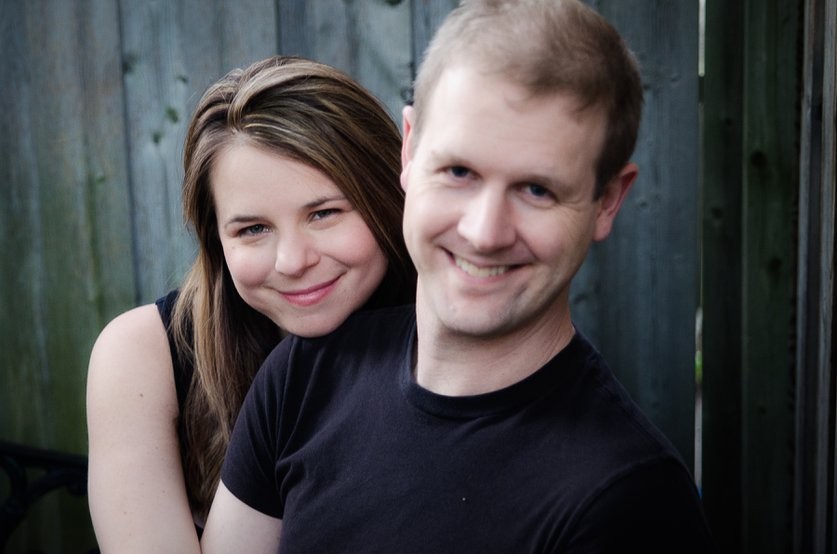 We are excited to present the new musical Come From Away as the first production in the Ford’s Theatre 2016-2017 Season. Fresh off sold-out runs in Seattle and San Diego, the new musical Come From Away tells the heart-warming true story of how, on September 9/11, 2001, 38 planes with 6,579 passengers were stranded in a remote Canadian town. The locals opened their hearts and homes, hosting this international community of strangers for a week – spurring unexpected camaraderie in extraordinary circumstances. Featuring a rousing propulsive score, Come From Away honors the better angels of our nature, revealing hope and humanity in a time of darkness.

In the following interview, Come From Away’s authors David Hein and Irene Sankoff describe the making of their new musical and its incredible true story.

How did the idea for “Come From Away” come to you?

Sankoff: Michael Rubinoff, who later founded the Canadian Musical Theatre Project and is the Associate Dean at Toronto’s Sheridan College—one of the leading musical theatre schools in Canada—came to see [another production of ours] late in the run. He said, “I really like your work. Let’s talk about an idea for another show,” and he told us the story of Gander, Newfoundland.

Hein: We’re Canadian writers—so we loved the story—but I’m a dual citizen, and we lived in New York during 9/11 when Irene was getting her Masters at the Actors Studio. My cousin worked in the World Trade Center—she escaped, thankfully—so we wanted to make sure that we were telling a story, not about 9/11, but set against that backdrop—and that we got it right.

Sankoff: We applied for a travel grant from the Canada Council for the Arts to travel to Newfoundland. There was a 10th-year anniversary commemoration planned and  the pilots and the “Plane People” were all returning to Gander. It was a once-in-a-lifetime opportunity to meet all the people who were stranded there when their planes were diverted.

Hein: The town was filled with press who mostly just wanted quick soundbites—but we wanted to hear every detail. We would do four-hour interviews with everyone we met. We made all these friends—and then got invited into their homes. They’d say “Ah, don’t be spending money on a hotel. Come stay with us. Here’s the keys.”

Hein: Yeah. We got to see Newfoundland in a similar way and experience some of the Canadian generosity that they found there.

Tell me about Newfoundland.

Sankoff: David’s from the Canadian prairies, but I’m a city kid. I was freaking out. “Where’s the nearest Starbucks?” Turns out that it was in St. John’s—four hours away!

Hein: You couldn’t come up with a more dramatic setting. Gander is landlocked, but you drive an hour north and there are giant icebergs floating by people’s houses. And right off the coast of Newfoundland is where all the continents crashed together millions of years ago. So, geologically, there are pieces of Africa, Europe all right there. It’s this wonderful metaphor for the world coming together.

Sankoff: We fell in love with the place— and with everyone we met. We stayed for almost a month, talked to hundreds of people, and came back with thousands of stories.

When you got back home, how did you make a musical from all the material you collected?

Hein: We had interviews to transcribe, articles to read, documentaries to watch, letters from around the world that people let us photocopy. We went up to a cabin and spread them out, made lists and tried to figure it out.

Sankoff: We asked ourselves: “What’s the story? What’s the through line? How many stories and details can we fit in?” We were so inspired by the stories; we wanted to tell all of them. And we wanted to write an authentic show that would do them justice. But each interview was four hours long! We were up to 100 pages, and the people weren’t even off the planes yet!

What was it like writing characters from Newfoundland and around the world?

Sankoff: Newfoundland has this incredibly rich language and is full of different accents. There were all the people from all over the world—Texas twangs and British accents—all with their own unique way of speaking.

Hein: It was so valuable to hear the stories in their own words—it helped us define each character—and we have a lot of characters!

When did you begin to workshop what you had written?

Sankoff: In 2012, Michael Rubinoff invited us to workshop the show for the inaugural year of the Canadian Music Theatre Project at Sheridan College. We narrowed down all our stories to 45 minutes of material—basically the first half of the show. Fourteen actors played more than 100 characters—and we had to help each actor turn on a dime to play someone from Africa one minute and then someone from Newfoundland the next. Plus we had to find a way to weave together all the characters and stories with and music from Newfoundland and around the world.

Hein: The next year, Michael invited us back to finish the show—so the first time we had a full script was two years ago! At the same time, we got an offer from Goodspeed Opera House in Connecticut to be in their new works festival. The two workshop opportunities overlapped by two weeks, but we made it work—we talked and sang to each other over Skype. The student-actors started Facebook groups to discuss their characters. It was amazing that we could develop this show about cross-border collaboration in two countries at the same time.

Sankoff: Branden Huldeen, the New Works Director at NAMT (the National Alliance of Musical Theatre), came from New York to see the show and encouraged us to apply to the 2013 NAMT Festival—but with almost 200 applicants and only eight spots, the chances weren’t great.

Hein: Also, Irene was pregnant throughout the workshops! We finally got accepted into NAMT and ended up turning in our script two days after Irene gave birth to our daughter, Molly (who by the way, was named after Molly in Peter and theStarcatcher).

Sankoff: We took our two-month-old down to the NAMT Festival in October 2013. We made connections with producers from major regional theatres like [San Diego’s La Jolla] Playhouse.Hein: Dana Harrel, who was on the NAMT Board and Associate Producer at the Playhouse, was one of our advisors at NAMT. She recommended the show to director Christopher Ashley, and he came on board.

How has the show changed?

Sankoff: We cut the cast down to 12 and consolidated some storylines. Musically, we’ve expanded the sound of the show with an eight-piece band. And now it’s one act.

Chris went with you to Newfoundland for a week in June 2015. What was that like?

Sankoff: Yes! How often does a playwright get to actually say, “This is where our show is set. Oh, and by the way, do you want to meet the characters from the show?” We fished iceberg pieces out of the Atlantic and Chris got screeched-in—so he’s now an honorary Newfoundlander! And he helped us install Molly’s carseat and became an expert at opening strollers. She got her first tooth out there and is growing up alongside the show. She’s 20 months old and has been on 27 flights.

What are your hopes for the life of the show?

Sankoff: The people we’re writing about are watching us on Facebook; they’re our friends. We just really want to make them proud.

Hein: We want to share the stories that inspired us—the things that made us laugh and cry. And share the music from Newfoundland that I grew up listening to. If we can give the audience the same experience we had and bring a little Newfoundland to the other side of the continent, then we’ll have succeeded.

This article originally appeared as a Q&A with La Jolla Playhouse dramaturge Shirley Fishman, in the playbill for La Jolla’s 2015 production of “Come From Away.”