Instagram Highlights: “110 in the Shade” from Rehearsal to First Performances

From first rehearsal through the show’s opening, the cast of 110 in the Shade have powered through to create a musical in about five weeks! We’ve collected some of our favorite photos and video that the cast and fans have shared on Instagram. We’d love to see your pics, too—please tag them #Fords110!

Don’t let the musical’s title, 110 in the Shade, fool you! Visiting cast member, Broadway’s Ben Crawford, arrived in town to a snowy day: 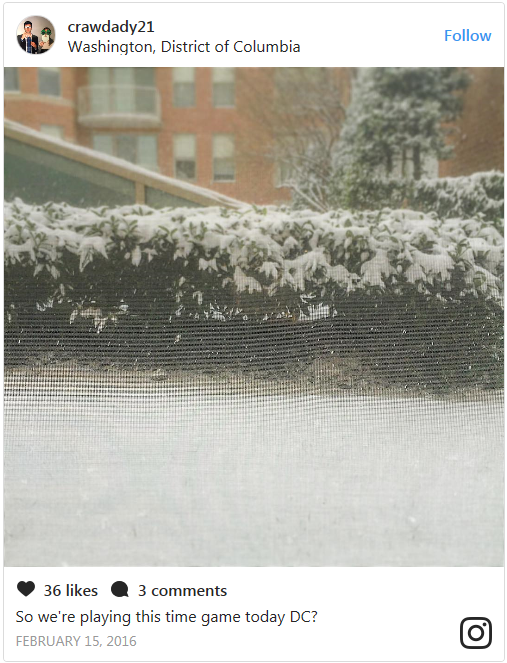 At first rehearsal in February, actors received their first look at the set design created by Michael Schweikardt. Anthony Dodge (husband of 110 in the Shade’s wonderful director and choreographer, Marcia Milgrom Dodge) snapped this pic: 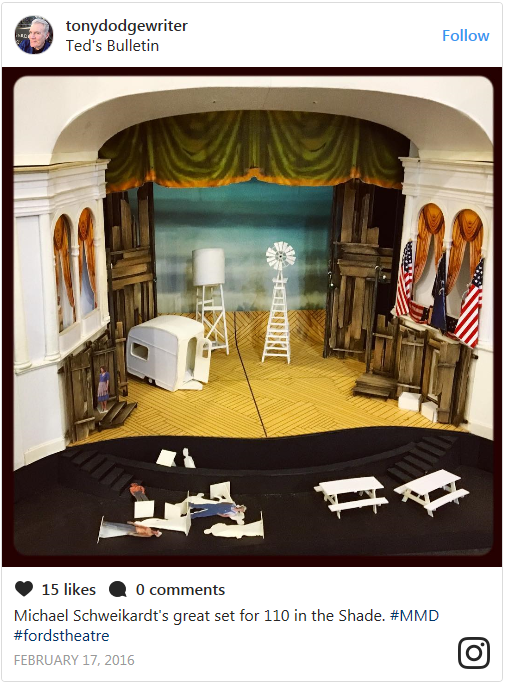 Costume designer Wade Laboissonniere created a pictorial lookbook for the show so that the cast could see the inspirations behind their character’s costume designs. These are some of the photos that inspired the costume for Noah Curry, played by Stephen Gregory Smith: 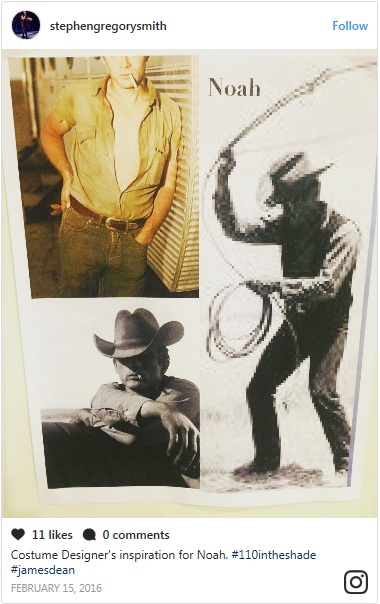 In this peek into a late rehearsal, taken by Production Assistant Samantha Wilhelm, the set and costumes look great! 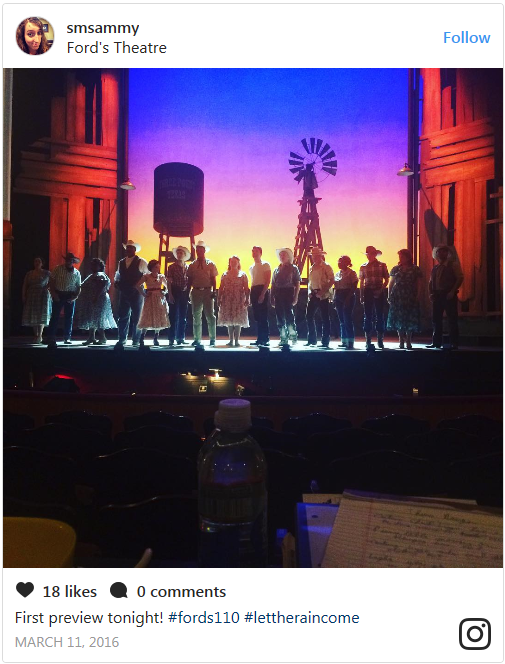 But even before the costumes were finished, our cast used props to embrace their characters’ Texas origins… 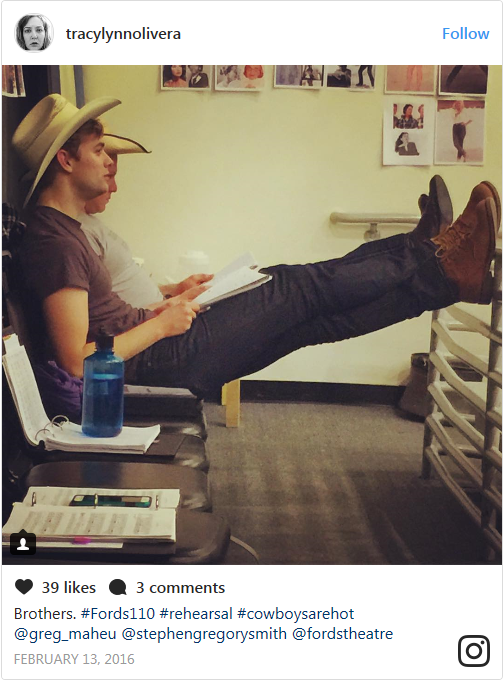 …and Ben Crawford found inspiration in his character’s namesake. (Just kidding! Starbuck’s name is a reference to Herman Melville’s Moby Dick, not the coffee chain.) 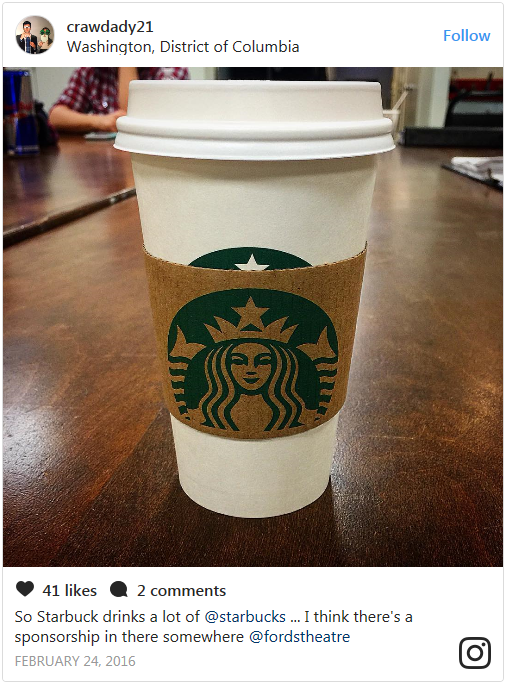 One of the most exciting days for our cast is Sitzprobe, when they work with the orchestra for the first time. Tracy Lynn Olivera shared a video of her co-star, Ben, doing a gorgeous job singing “Evening Star.” 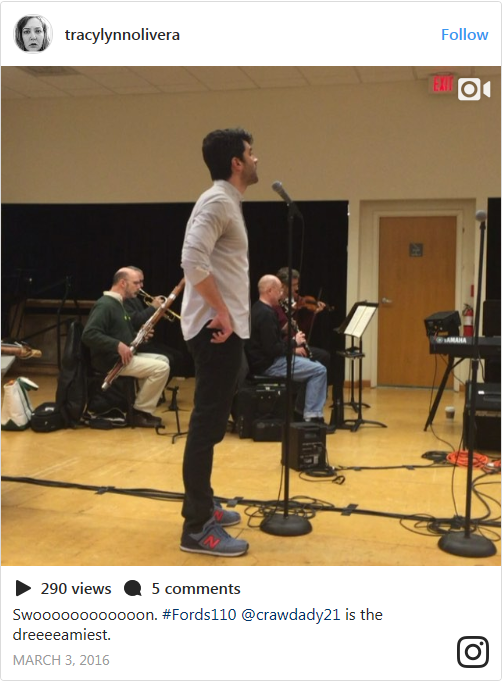 And, in exchange, Ben shared this cute photo of Tracy with her in-show family—played by Christopher Bloch, Stephen Gregory Smith and Gregory Maheu. 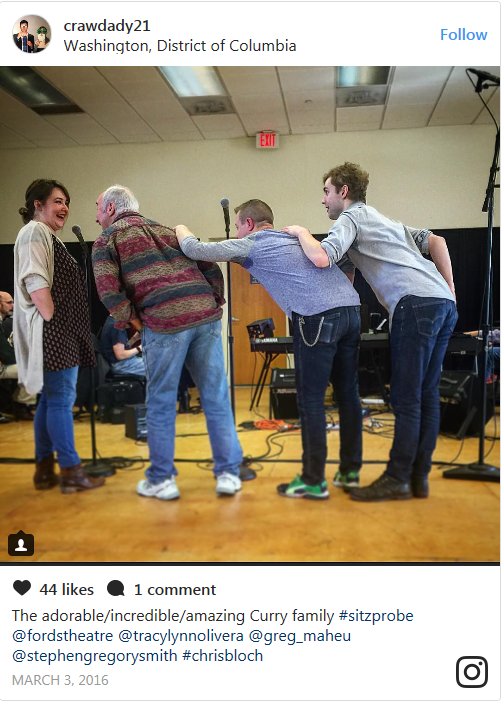 During technical rehearsals (the last week before a show opens and when the cast, costumes, sets and musicians all come together on stage for the first time), the cast and design team meet again on the historic Ford’s Theatre stage! Here’s director Marcia Milgrom Dodge exploring the new set: 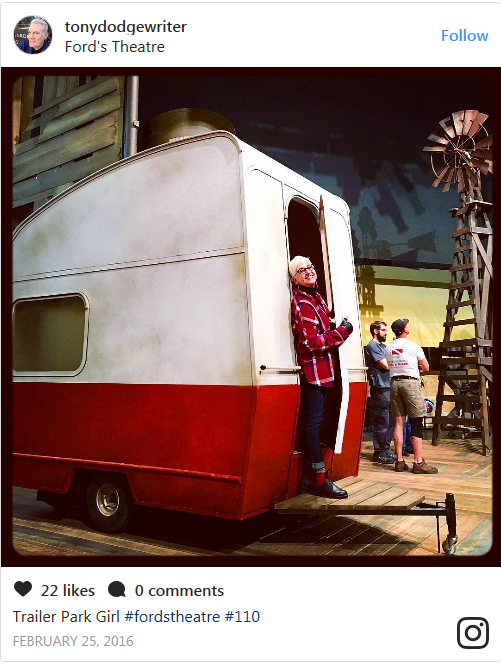 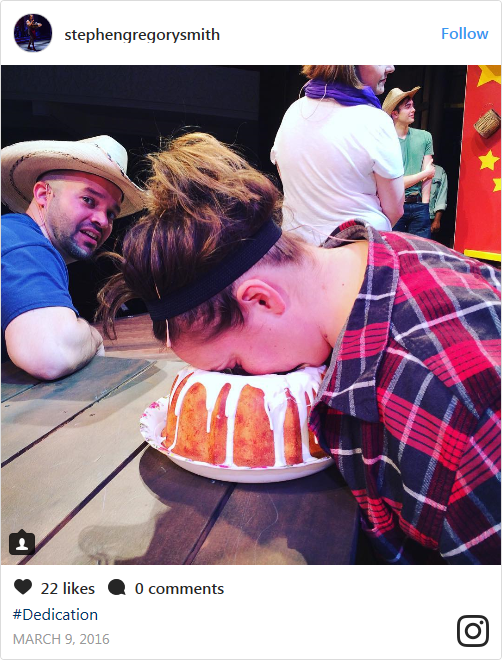 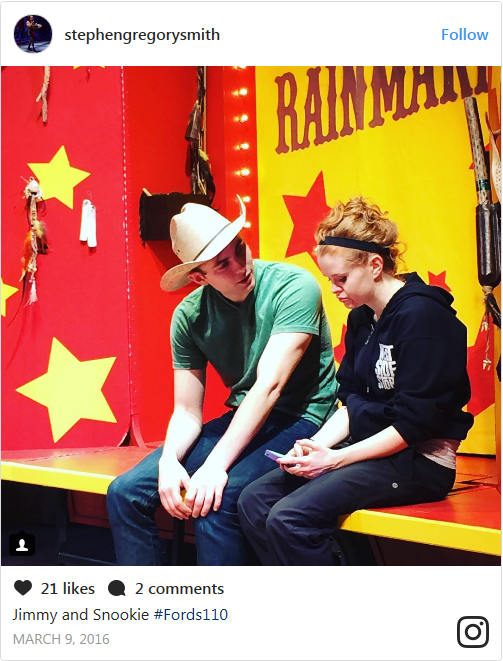 Backstage, the Curry family’s got a bit of a competition going on! 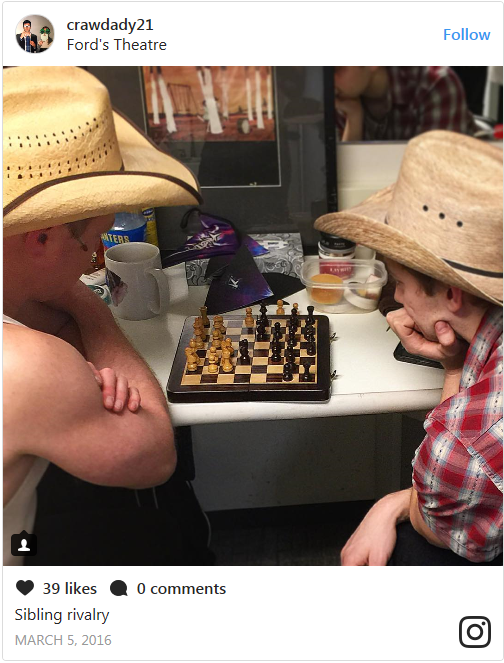 And then, before you know it, the show is ready, and the audience arrives. 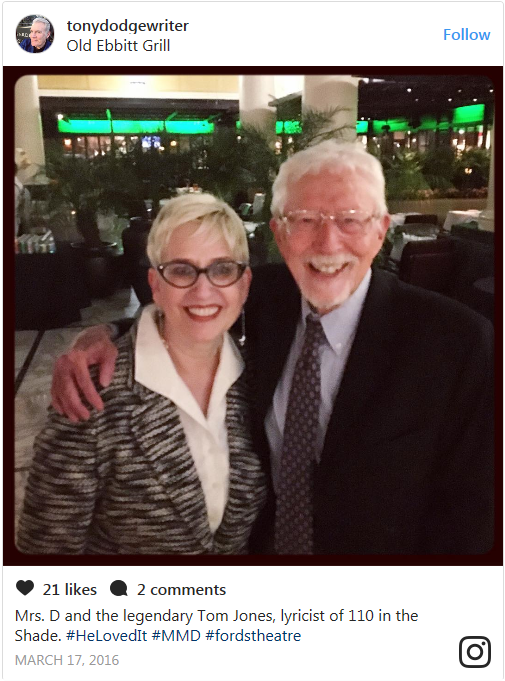 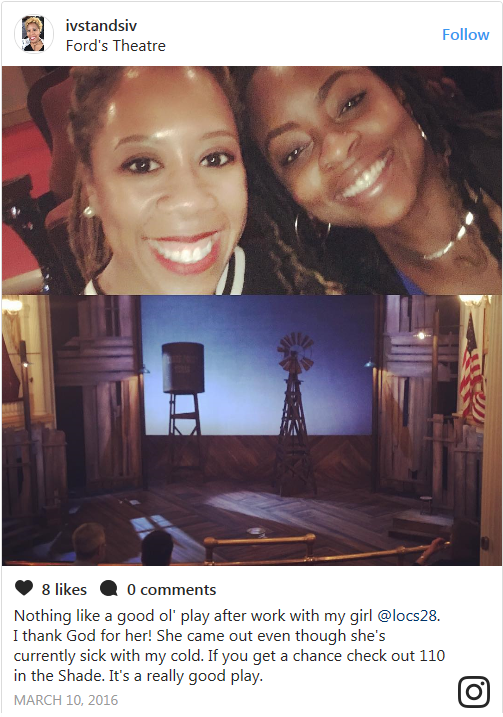 Please join us–in person and on social media!–for 110 in the Shade. We can’t wait to share it with you.