At the time of the American Civil War, four million African Americans were enslaved in the United States. As President Abraham Lincoln and federal lawmakers legislated their way through emancipation and abolition, a question rose to the foreground: what would freedom mean for Black Americans? Black people asserted that it meant citizenship. 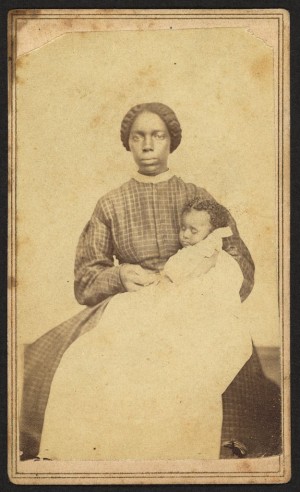 Throughout the antebellum and Civil War era, many Americans had differing (and often competing) notions of citizenship at both the state and federal levels. Many white Americans, especially men, considered citizenship (at both levels) to be a domain that exclusively privileged them. When there were any threats (real or imagined) to the status quo that both championed and protected whiteness, those in power sought to deny Black people opportunities to exist in a racially egalitarian society.

In Pennsylvania, for example, William Fogg (a freeborn Black farmer) tried to vote in a local election in Luzerne County, in 18371. Unfortunately, due to anti-Black views and policies within Pennsylvania, Fogg was denied the right to vote even though he had a legal right to do so. Ultimately, Fogg’s case made it to the state’s Supreme Court Chief Justice James Jordan (in the 1835 Hobbs v. Fogg case) who refused to recognize the suffrage rights of a landed free Black man, William Fogg. The entire state later followed suit in an 1838 revision to Pennsylvania's constitution by stipulating that only white freemen could vote in the state2. Even with this racialized and gendered framing of citizenship, Black Pennsylvanians paid taxes per various local and state laws (which was a citizenship duty). Thus, Black Pennsylvanians discovered that white men defined state citizenship by only considering racial inclusivity when it was time for tax collections.

In the mid-nineteenth century, white men at the national level made it unequivocally clear that U.S. citizenship was only for white men. The Fugitive Slave Law of 1850, for instance, negated the citizenship rights of all Black people by making them potential victims of the federal law that protected the "property rights" of enslavers to keep the U.S. unified. Seven years later, the U.S. Supreme Court’s ruling in the Dred Scott v. Sanford case, including Chief Justice Roger B. Taney’s opinion, stated that no Black person was (or would ever become) a U.S. citizen. Therefore, white male framings of U.S. citizenship did not include any Black people. 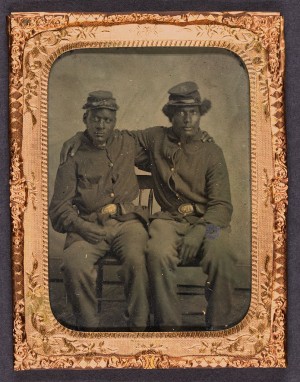 A critical component of President Lincoln’s Emancipation Proclamation (1863) was permitting Black men to enlist in the U.S. Army to accomplish numerous objectives (for the U.S. government). Once various white Americans, including the U.S. President, began beseeching Black men into the U.S. Army, Black people used the opportunity to demand white society reconsider their limited notions of citizenship. To be clear, Black people (well before the Civil War) repeatedly viewed themselves as citizens. For instance, (in 1855) Jacob C. White, Jr., a future supporter of United States Colored Troops (USCT) regiments, proclaimed to Pennsylvanian Governor James Pollock that education was a key aspect of citizenship that Black people excelled at3. Soldiering, however, provided a new powerful, and visible way for Black men to claim their citizenship. The rhetoric of Black male war propagandists, including Frederick Douglass, repeatedly emphasized that soldiering proved Black men were patriotic U.S. citizens who were willing to sacrifice their lives, if necessary, for the U.S. war effort. Doing so highlighted how Black men would perform (through military service) a citizenship obligation, even while the U.S. denied Black people full and equal citizenship rights. Frederick Douglass, for instance, famously professed, "Once let the black man get upon his person the brass letter, U.S., let him get an eagle on his button, and a musket on his shoulder and bullets in his pocket, there is no power on earth that can deny that he has earned the right to citizenship." (Address at a Meeting for the Promotion of Colored Enlistments, July 6, 1863 Published in Douglass’ Monthly, August 1863) Although, Douglass also made it clear that he viewed Black men as citizens even before enlisting: "To fight for the [U.S.] Government in this tremendous war is, then, to fight for nationality and for a place with all other classes of our fellow citizens."4

Black women (through Civil War pensions) also used military service to expand the framing of U.S. citizenship further to become more inclusive in terms of gender. Black women connected to USCT soldiers (including mothers, wives, and daughters) applied for various dependent pensions5. Their collective pensions (including rejected applications) reveal that Black women refused to recognize citizenship was not exclusively for men. For instance, Lucy Blake (the widow of Alexander Blake, a deceased USCT soldier) began receiving a Widow’s Pension (starting in 1864) after providing the Bureau of Pensions with a copy of her 1859 marriage certificate6. Blake was one of the hundreds of thousands of Black women who publicly forced the U.S. government to acknowledge, through Civil War pensions, to recognize ideas of U.S. citizenship, including women, generations before the passage of the Nineteenth Amendment. 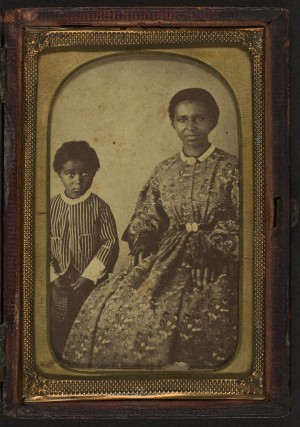 Lincoln himself was persuaded by these many activists and advocates of full and equal understanding of citizenship. In what would be his final speech, on April 11, 1865, he said, “It is also unsatisfactory to some that the elective franchise is not given to the colored man. I would myself prefer that it were now conferred on the very intelligent, and on those who serve our cause as soldiers,” thus publicly stating his support of Black citizenship.

Ultimately, the Civil War provided Black people with multiple avenues to force the U.S. government, military, and public to acknowledge the diversity of U.S. citizenship. Their collective actions illustrate that Black people fundamentally refute white claims of their supposed "unqualified" inclusion as citizens. Black people were the agents of change that helped reframe citizenship definitions to reflect their inclusion rather than exclusion.

Dr. Holly A. Pinheiro, Jr. is Assistant Professor of African American History at Furman University, and author of The Families’ Civil War: Black Soldiers and the Fight for Racial Justice, and guest scholar in Ford’s Summer Teacher Institute, Set in Stone: Civil War Memory, Monuments and Myths. His research focuses on the intersectionality of race, gender, and class in the military from 1850 through the 1930s.