An update from Director Paul R. Tetreault on anti-racist work and the 2020-2021 season at Ford’s Theatre.

Edward Albee’s “Who’s Afraid of Virginia Woolf?”: A Great American Play by the Greatest Playwright of His Generation

Edward Albee’s Who’s Afraid of Virginia Woolf? is both wildly funny and heart-wrenching as tension builds between two couples after a faculty party. George (Gregory Linington) and Martha (Holly Twyford) invite a younger couple, Nick (Danny Gavigan) and Honey (Maggie Wilder), to their home for a nightcap that spirals into a verbally tempestuous, lustful and booze-filled evening.

Albee’s provocative, raw and unsettling play reveals the marital fears and secrets of both couples. We asked the cast their thoughts on Albee and his masterpiece. 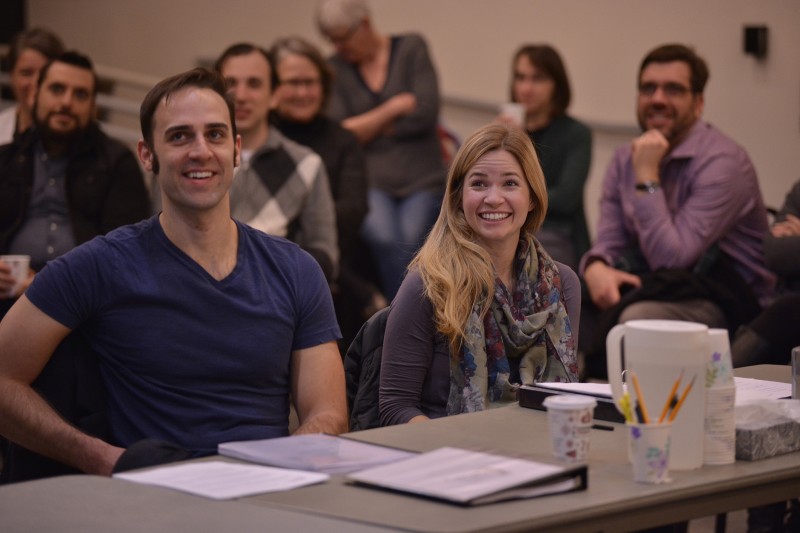 What strikes you about the play?
Gavigan: I always was aware of it as a three-act epic drunken night between two couples, but until I read it in its entirety, I didn't realize how symphonic the dialogue actually was and how blunt and honest the language was. It's a much  more layered and complex and complete a piece than I have ever read.

Wilder: There’s a musicality in how this play works language wise—we’re all playing a different instrument, but together it forms this awesome, somewhat dissonant song that settles in particulars moments into something so revealing and honest.

Why is this play a classic of American drama?
Linington: It is, in my opinion, the best American play ever written.

Twyford:  I think it's produced often because of the colors of humanity the play shows us. Yes, many of them are darker colors—stabbing, animalistic rage—but when we see the hues of the subtext, the love and the pain and the desperation, it's transporting.

Gavigan: This play represents everything that America is to me in terms of both rebellious and puritanical forces clashing in a blunt and ultimately progressive way. We are a country that deals so heavily in appearances yet desperately yearns for acceptance as we are, a country divided yet yearning to be united. That balance is at stake in every interaction of this play.

Wilder: A lot happens in that one night. The intensity that bubbles and then erupts throughout this play is something that seems very “American” to me. There’s something about the apprehension of truly listening to another person juxtaposed with over-analyzing another’s words that I think we can identify with here in America.

The play is dark but also wildly funny. What do you enjoy about Albee’s sense of humor?
Twyford:  Oh, my goodness! He. Does. Not. Hold. Back. That’s what makes it both a thrilling story to tell and an incredibly difficult and complex story to tell. All of the characters are so fully realized on the page, with many sides and dimensions—just  as we are as human beings. That complexity, that truthful humanity is what makes it so hard and it's also what makes it so funny. And, wow! Can Albee turn a phrase! He can turn a phrase into an absolute skewer or a pie in the face.

Linington: Albee has the fastest mind I have ever encountered. He is constantly surprising me, even after rereading the play dozens and dozens of times. Albee takes no prisoners, and his humor is terrifying in its brevity and sparseness.

Wilder: He plays with being uncomfortable in a hilarious way. He puts someone on the spot so deliberately that the reaction can’t help but come from a vulnerable place. And he is so funny with sounds! I love it! Throughout the play, I say different things like “Ohhhhhhhhhh!” and “Oh!” and “Oh, ho, ho, ho, HO” and they’re wicked fun to play with.

Gavigan: What I love most besides the fact that it's so dark and honest, is that his sense of humor is so disarmingly intelligent and quick. Everyone in this play is being put upon as the butt of the joke, sometimes with even self-inflicted gibes. The jokes come flying at breakneck speed, as do the daggers.

Do you have any thoughts to share on the passing of Edward Albee?
Wilder: Albee left the world with incredible stories. The care he took with every play and the connection he never lost in owning his words and how they were interpreted is something I truly respect. I can’t wait to live in the world of this play—one that’s been so highly recognized and respected over these past 50 years. I truly hope to honor his work and to bring life to one of his characters to the best of my ability.

Linington: We simply lost one of our best in losing Mr. Albee. His work is for the ages, and while he is gone, his works will be performed forever. 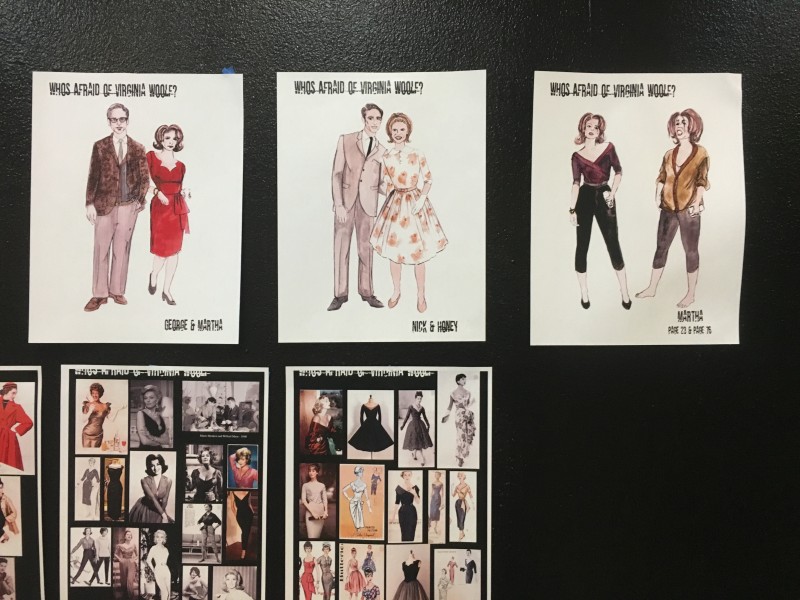 Costume sketches for characters in Edward Albee's Who's Afraid of Virginia Woolf? at Ford's Theatre.

Gavigan: The world has lost an unflinching, uncompromising voice: a master of dialogue and elaborate, complex characters who could turn our disgust to love. He was one of the greatest American playwrights of any time, and I will forever be grateful for his work and his dedication to performing it as he intended.

Twyford: I think the best way for me to honor his memory, his legacy and his genius is to be the most truthful Martha I can be. I'm thankful for all the stories he left us.

Catherine Moran is a student at The George Washington University where she is studying journalism and mass communications.