A Lesson in Linguistics Through Historical Transcription

Editor’s Note: In spring 2016, Jason Rude, a seventh and eighth grade social studies teacher at New Hampton Middle School in New Hampton, Iowa, worked with Ford’s Theatre on a pilot project to transcribe primary sources from the Remembering Lincoln website with his students. In the following post, Rude reflects on the experience.

As I begin another year of teaching social studies here in Northeast Iowa, I can’t help but reflect on the amazing opportunity that came about for my classroom last school year.

How the Project Started

My Iowa Department of Education representative shared a link in our quarterly newsletter to a pilot transcription project for the Ford’s Theatre Remembering Lincoln website.  I was already familiar with Ford’s, as I have been taking my students to watch productions there for years as part of our class trips. This new chance to work with Ford’s Theatre staff and bring primary sources to my students was just irresistible.

My students had studied Lincoln and his assassination, so this was already shaping up to be a timely project. I worked with a small group of eighth graders during what we call our intervention time. 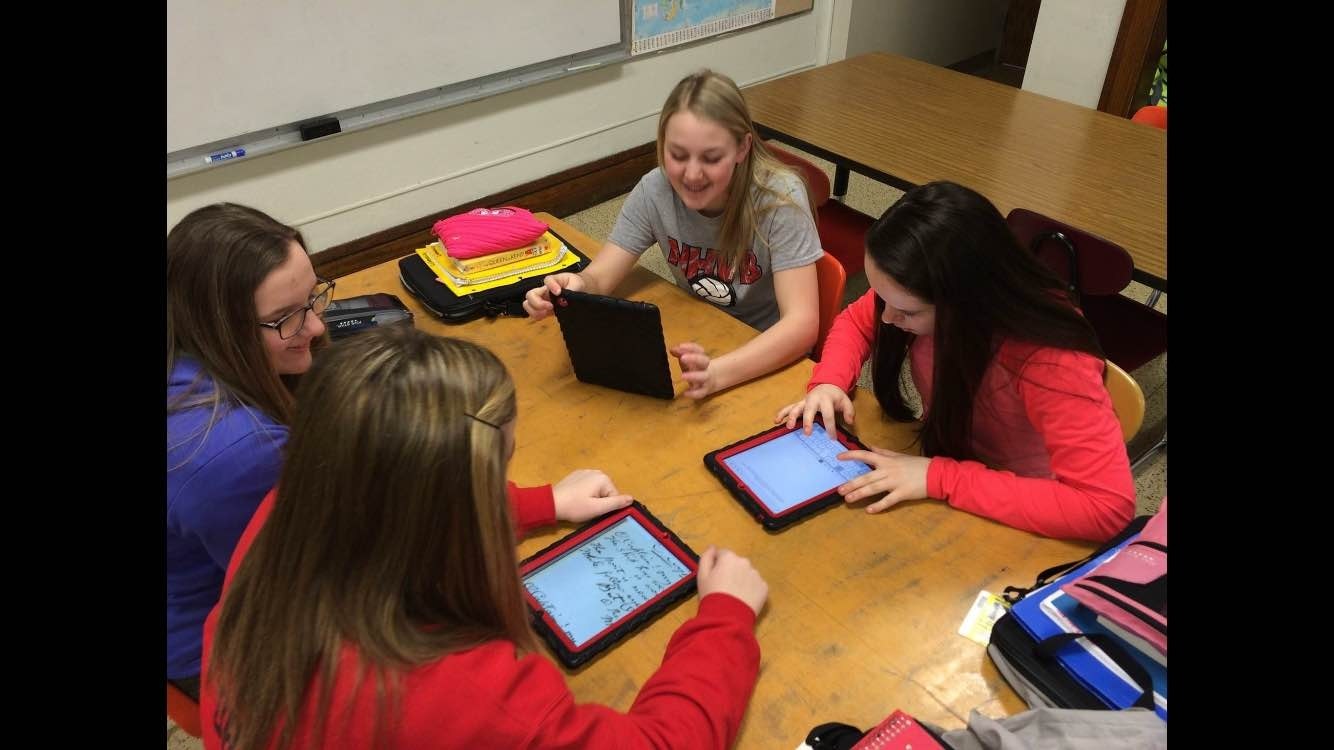 When I introduced the transcription project, I stressed that it was a project with lasting, real-world effects. It wasn’t just one of my “good ideas,” where we would just play around with primary source transcription. The kids seemed to understand and responded unlike they had for any other project.  They were excited to be doing work that had deadlines and expectations.

The students struggled at first.  Cursive is still taught in the early grades in my district, so the students knew what they were looking at, but the students (and their teacher, to an extent) learned the lesson that writing styles and lettering styles have changed over time.

Our largest struggles came from identifying letters that didn’t look the same in today’s cursive as they did in the 1860s. The biggest thing was identifying context clues: Look at the words around the unknown word, try to figure out the rest of the sentence, and then make a reasonable guess at the missing word. 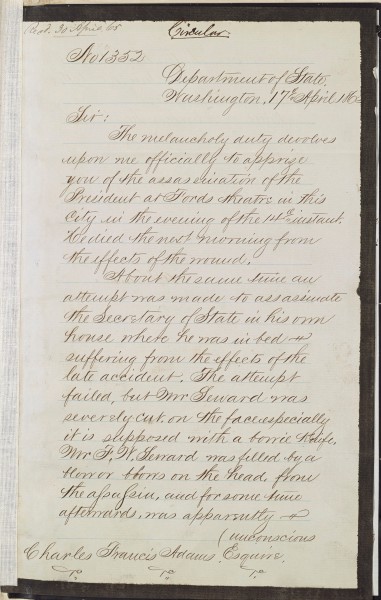 For example, in a note about guests at Lincoln’s White House funeral, the students struggled with the words “President’s House.” It wasn’t until they realized that it was a capital P that they could start to identify it.  The context clues were suggesting White House, but they finally realized that the White House and the President’s House are the same. The same document contained references to green and blue rooms, which we realized were the proper names of particular rooms of the White House.

On another document, spacing was an issue: The document talks about being “cut in the face especially it is supposed with a bowie knife.” There is no space or period between “face” and “especially,” so it looks like one, unrecognizable word.

We also focused on the context of the document. If the document was about naval procedures, would it make much sense to talk about horses? Not likely.

In some cases, it took some quick internet research to figure out context, names and proper nouns. George Harrington was a name that kept coming up for us, and we didn’t know why at first.  With five minutes of research, we figured out that he planned the Lincoln funeral—the things you learn!

What was supposed to be a neat way to help out Ford’s with some transcribing turned into a lot of impromptu mini-lessons on context, linguistics, research, and more.

My students loved it because they took pride in the work they were doing, and they were learning new skills, but in a “non-traditional” manner.  Now, as we lead into the new school year, I am excited to again work with Ford’s to bring relevant and exciting lessons to my students!

Want to transcribe documents in Remembering Lincoln yourself? Check out a new teaching module by Summer 2016 Ford’s Teacher-in-Residence Krista McKim, prepared with assistance from Jason Rude. Feel free to contact Associate Director for Digital Resources David McKenzie with any questions at dmckenzie@fords.org.