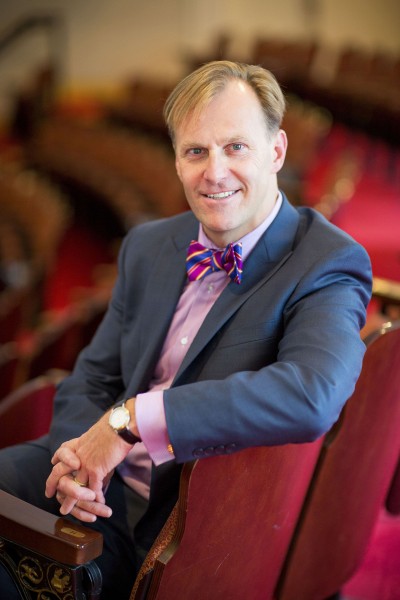 Since joining Ford’s, Tetreault has focused on enhancing the quality of the institution’s artistic programming while expanding its mission to include a stronger focus on education.

Prior to his arrival at Ford’s, Tetreault served as Managing Director of the Alley Theatre for 10 years, where he produced more than 100 productions and worked with talented artists such as Edward Albee, Tony Kushner, Trevor Nunn, Nicky Silver, Frank Wildhorn and August Wilson, among others. He has held senior management positions with Crossroads Theatre Company, New Jersey; Berkeley Repertory Theatre, California; and Circle Repertory Company, New York City. He also served as director of finance at Madison Square Garden and as a vice president with C.W. Shaver and Company, Inc., a New York management and fundraising consulting firm. He has served as a panelist for the National Endowment for the Arts and has taught and guest lectured at Brooklyn College, Columbia University, New York University, the University of Houston and Rice University. He is a graduate of Emerson College and received his MFA from the City University of New York-Brooklyn College. Tetreault serves on the Board of the Downtown DC Business Improvement District (BID).

In all we do at Ford’s, we use the lens of Lincoln’s life and legacy to spark conversations about diverse aspects of the American experience.

Paul R. Tetreault shares what “Death of a Salesman” tells us about the American Dream.

Though it premiered in 1949, Death of Salesman—like all classics—sounds strikingly relevant to our modern ears. Miller was taking aim at the myth of the…

You will likely read many tributes about Edward Albee the genius, the three-time Pulitzer Prize winner, and the multiple Tony Award winner. For me, Edward…